The average price of U.S. alfalfa hay in December moved up $2 per ton after dropping $4 in November. The $169 per ton December price was $3 per ton below one year ago. December Supreme and Premium alfalfa hay prices moved up by $3 per ton to $203.

It’s now official that the high-water mark for the 2020 monthly average alfalfa price will be $181 per ton, which occurred in April. That high price for the year was $19 below the top price of 2019. 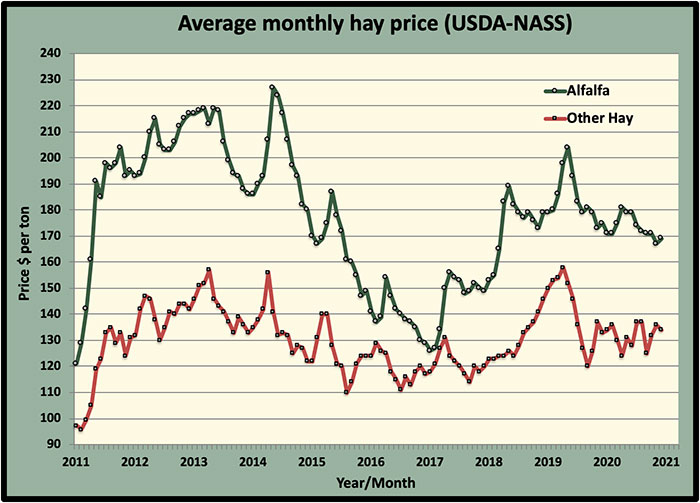 Five states registered a double-digit month-over-month alfalfa price improvement in December, led by Colorado and Pennsylvania at $15 per ton higher. Oklahoma was $14 per ton higher, followed by Nebraska (up $11), Kansas (up $10), and Texas (up $10).

Only two states had a double-digit alfalfa price declines for December, and those were Wisconsin (down $18) and Washington (down $10). 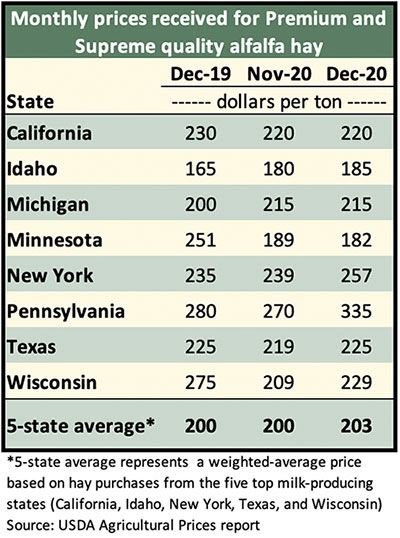 States with the lowest reported other hay average prices were North Dakota ($64 per ton), Nebraska ($76), and South Dakota ($78). 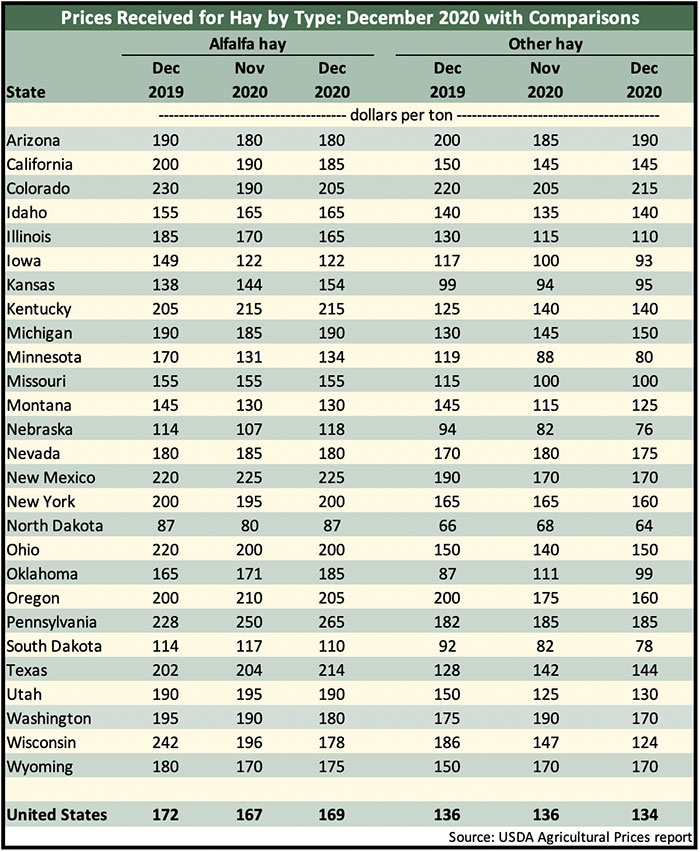