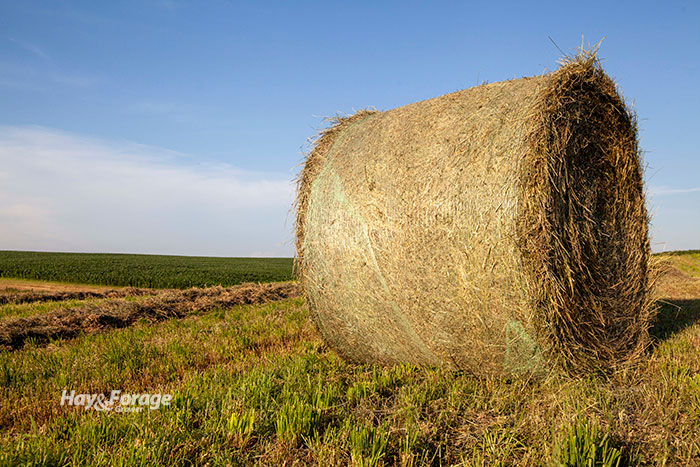 Although the popularity of game shows on television has never been higher, rarely do you hear questions that pertain to agriculture. One might argue that there needs to be a game show with an agricultural twist.

While not broadcast to the public, more intimate games occur on the farm every day. These games entail everything from guessing the yield of a standing crop to how many calves will fit in a livestock trailer.

Making educated guesses is just a part of being a farmer, and while some are better at this than others, nobody is perfect.

In the forage world, I can recall many occasions where I was pitted against several farmer-adversaries to come up with the correct weight of a bale of hay. This has occurred with small square bales, large square bales, and large round bales. The latter generally provides the largest challenge because size and density are more variable.

I’ve shared before my previous experience coordinating a monthly quality-tested hay auction where sellers had the option of selling by the bale or by weight from a certified scale. Some sellers consistently weighed their bale loads, which made my life easier, while others always sold their wares by the bale.

When I asked one of the sellers why he didn’t scale his load, his answer was, “I get more money selling by the bale because most buyers overestimate the weight.” He went on to say that his older model baler didn’t pack as well as some of the newer ones.

If you’re in the business of selling or feeding hay, knowing exact bale weights can prevent some major economic errors. Guessing just doesn’t cut the mustard, irrespective of how good you may think you are at that game. In fact, those who are good at guessing bale weights likely developed that skill by weighing a lot of bales.

The list of factors that can influence the weight of a large round bale go well beyond just bale size and density. There is also bale moisture, time elapsed since harvest, type of hay, forage maturity, and the model and age of the baler to consider.

It’s intuitive that bale size will impact bale weight, but what may be overlooked is the degree of change that occurs when a bale is only 1 foot wider or 1 foot more in diameter. The latter accounts for the largest change. For example, a 4-foot-wide by 5-foot- diameter bale (4x5) has 80% of the volume of a 5x5 bale (see table below). However, a 5x4 bale has only 64% of the volume of a 5x5 bale. Those percentages also translate to differences in weight if all other factors are equal.

Bale density also plays a rather large role in final bale weight. It often ranges from 9 to 12 pounds per cubic foot. In a 5x5 bale, the difference between 10 and 11 pounds of dry matter per square foot amounts to over 100 pounds per bale at both the 10% and 15% moisture levels. Missing the weight of a bale by 10% amounts to a lot of dollars if multiple tons are being purchased or fed.

Forage moisture also plays a role in bale weight but to a lesser degree than bale density unless bales are extremely dry or wet. Wrapped bales, for example, can vary in moisture from 30% to over 60%. When purchasing baleage, it is always recommended to either weigh the bales or have an accurate moisture test.

Time of purchase impacts bale weight in two ways. First, if you’re purchasing bales out of field, they are likely going to be at a higher moisture level and weight than they will be after being cured in storage. Also, there is a natural tendency for dry matter to be lost during storage that the buyer will incur if bales are purchased right out of the field. As has been well documented by research, storage losses can range from below 5% to over 50%, depending on storage method.

Forage species also affects bale weight. Grass bales generally will weigh less than legume-dominant bales of similar size. This is because legumes such as alfalfa will make a denser bale than a grass species. A grass bale will often weigh 100 pounds or more less than a similar-sized legume bale.

Finally, there are many models of balers of differing ages. This variation, coupled with operator experience, lends further variability into the bale density and weight discussion.

Given the number of variables that determine actual bale weight, buying and selling bales based on a weight guess is likely going to result in a transaction that is either above or below market value. This can be extremely expensive for the buyer or seller where multiple tons are sold over time. For the feeder, bale weight judgment errors can result in animals eating too much or not enough. It can also result in incorrect calculations when determining forage inventories for winter feeding.

Weighing bales is less convenient than not weighing them, but there are very few situations where it won’t pay dividends. In most cases, not every bale has to be weighed if bales within a lot are similar. Bale weight guessing is only a good game if you do it prior to driving over a scale.

Say hello to a typical Southeast hay producer Next