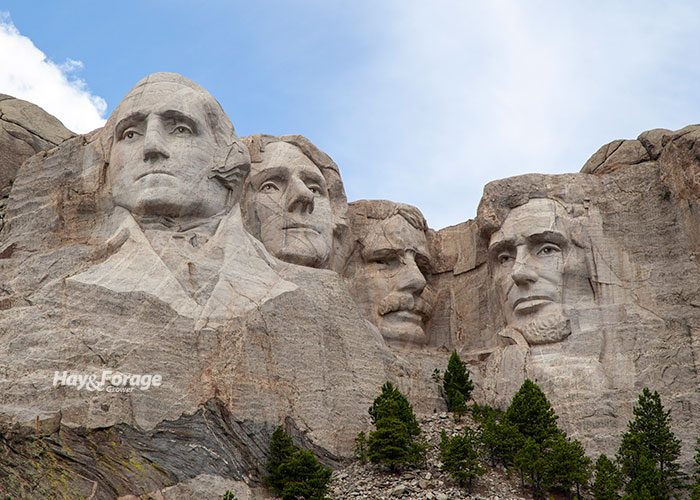 Individuals involved in the forage industry in South Dakota are making steps to start a forage association in the state.

“South Dakota is one of the top forage-growing states in the nation, and we really don’t have much of a voice on a regional or national level,” says Sara Bauder, an agronomy field specialist with South Dakota State University Extension. “I think forage growers and buyers in our state could benefit greatly from a formal place to go to for networking, advocacy of their industry, accessible educational opportunities, and producer-driven research information.”

In March, Bauder and Jeff Jackson, an alfalfa and forage specialist for Croplan, hosted a meeting for any individuals throughout the state interested in starting a forage association. The group chose to move forward by creating a board that will focus on setting up goals and objectives with a plan of action, choosing a name for the organization, and recruiting membership. Anyone in South Dakota with an interest in the forage industry will be welcome to join.

“Forages are so important to our agriculture systems and economy in South Dakota, and those involved in the industry deserve a voice and opportunity to network with others in their field,” Bauder says.

According to Jackson, it became apparent at the initial meeting that there is a need for more time spent talking and learning about management practices and current strategies. “People are hungry to find out what’s new, and not just with alfalfa and corn silage, but also encompassing areas such as cover crops,” he says. “We want to avoid being close-minded and include all the aspects of forage production.”

They hope an association will not only advocate for the local industry, but offer opportunities for people to learn from one another, resulting in a more resilient and sustainable forage industry in South Dakota.

“When we bring different groups together, we get feedback from people in the industry and from the local growers in different geographical pockets,” Jackson says. “This will provide an opportunity to hear the voice of the local forage grower and find out what their concerns are, so we can help bring relevant information to them.”

For more information, contact Sara Bauder at sara.bauder@sdstate.edu or Jeff Jackson at jcjackson@landolakes.com.