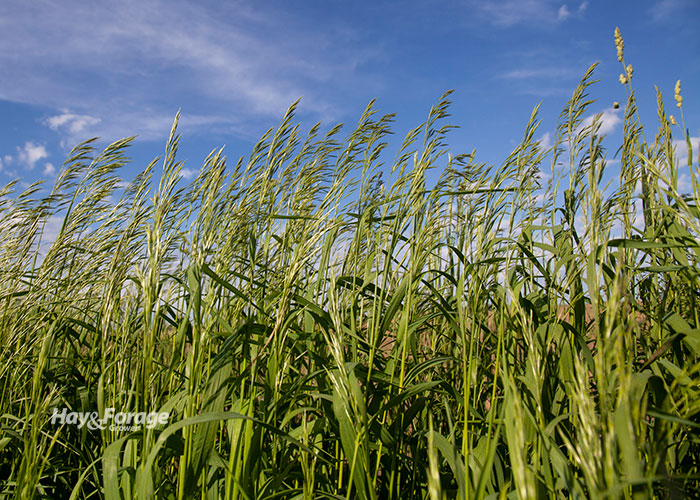 We talk a lot about various forages and their utility on livestock farms and ranches. I’ll admit it: I’ve always favored and been intrigued by alfalfa with all of its benefits and warts. That said, I also freely admit that the backbone of ruminant livestock agriculture is grass. It’s been that way for a long time.

In 1948, the 892-page “Yearbook of Agriculture” was simply titled “Grass.” In the book’s foreword, then-Secretary of Agriculture Clinton Anderson wrote to a nation recovering from war:

“Many of the people with whom I have talked look upon grassland as the foundation of security in agriculture. They believe in grass, and so do I, in the way we believe in the practice of conservation, or in good farming, or prosperity, or cooperation. For grass is all those things; it is not just a crop. Grassland agriculture is a good way to farm and to live, the best way I know of to use and improve soil, the thing on which our life and civilization rest.”

Perennial grass utilization and prominence varies with U.S. region, but there is no place where it can’t be found. Grasses often grow in spite of what we do rather than because of what we do. In general, they require less babysitting than legumes.

This is the time of year when grasses shine. The rapid growth rate of cool-season species is both a blessing and curse. At the same time, warm-season species are awakening from dormancy. Although these events often occur in spite of our lack of care, like humans, a well-managed grass will do better than a neglected one.

During these times of high input costs and widespread drought, grass care becomes more important than ever. An abundance of high-quality grass can save your . . . well, you know . . . in challenging environments if you can avoid the sins of grass management. Here’s a closer examination of three of those sins.

Grasses don’t care about the price of nitrogen. In 2022, they won’t need any more or less of this required nutrient.

The source of nitrogen doesn’t matter; it can be commercial fertilizer, legumes, manure, or mineralized organic matter. Grasses aren’t particular.

Specific amounts and timing of nitrogen needs will vary with region and species, so check your local extension recommendations. There are both good times and bad times to make nitrogen applications, depending on utilization. This year, make every applied pound count.

If nitrogen is lacking, grasses will let you know. Growth will be slow, and its appearance will be chlorotic (yellow). Few crop inputs offer a greater economic payback than that first pound of nitrogen on grass when adequate soil moisture is available.

Lush, green, and growing: During this time of year, is there anything that looks better than a field dominated by shin-high cool-season grasses?

Not only does it look good, but it also tastes good and makes milk and meat. Unfortunately, this doesn’t last forever. Fortunately, a grass plant is very clear about when this utopian period is over. It shoots a seedhead.

If we are to take advantage of grass forage quality, it has to be done at or before seedhead emergence, as fiber digestibility declines rapidly once reproductive mode kicks into gear. A high NDF concentration and low NDF digestibility is not a good combination. Effectively, feeding that combination to a cow equates to just making more manure. In the case of Kentucky 31 tall fescue, seedhead emergence takes on the added disadvantage of higher toxin levels in the inflorescence.

Finally, many newer grass varieties are bred to head later than older, traditional ones. They’re well worth the investment, especially when paired with alfalfa.

Whether a hayfield or pasture, most grasses don’t tolerate frequent, aggressive defoliation.

If grasses are grazed or cut frequently below 3 to 4 inches, the plant population will drop faster than an anvil off a 60-foot tower silo. There is some variation among species, but as a rule, grasses need leaf area and rest to survive and thrive. The lack of one or the other remains the most common mistake being made in the countryside. By the way, the same was emphasized in the 1948 “Yearbook of Agriculture.”