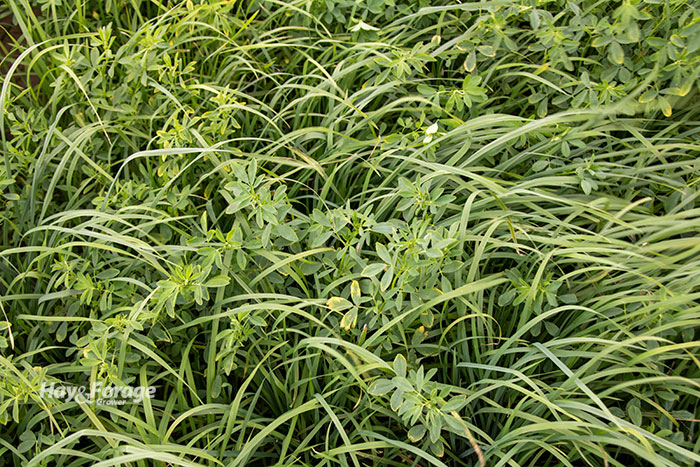 Selecting a grass species or variety for the production of hay or pasture forage isn’t a decision that should be made without some careful thought. In fact, an argument could be made that selecting a high-performing grass is much more difficult than, for example, selecting the right alfalfa variety.

Grass — any grass — will perform differently depending on what region or state it is grown in. This makes local, or at least regional, performance data extremely important. Unfortunately, grass variety testing programs have fallen by the wayside at many land grant universities because of funding shortfalls.

Jerry Cherney, a forage extension specialist and professor at Cornell University in Ithaca, N.Y., has spent a good chunk of his career studying grasses. He says that grass is simply more sensitive to the environment in different regions than alfalfa tends to be.

“I probably wouldn’t be too uncomfortable looking at a ranking of alfalfa varieties in Utah and picking one for New York,” Cherney notes. “But I’m not sure I’d want to pick a grass species or variety based on performance data from Pennsylvania, which is right next door.”

In his home state of New York, Cherney has compared and tested just about every available grass species to each other and found that meadow fescue always has superior fiber digestibility. However, he is also quick to point out that if he looks at meadow fescue in a state like Kentucky, for example, it’s actually inferior to some of the other species. Therefore, it’s critical that growers make decisions based on testing in their own region or state.

“In some of our tests, meadow fescue averages 17% lower lignin than tall fescue, orchardgrass, and festulolium,” Cherney notes.

With many soils in the Northeast having suboptimal drainage, a large majority of growers in that region establish and harvest alfalfa-grass mixtures. Multiple research trials confirm that both forage yield and cow performance are as good or better with alfalfa-grass mixtures as with pure alfalfa stands.

“We have come to the conclusion that about 20% to 30% grass in an alfalfa stand is optimum,” Cherney says. “Perhaps the biggest thing that impacts how much grass you will end up with is soil moisture status for one month after seeding. If you have just enough moisture to germinate the grass seed and then it turns dry, grass is more prone to die than alfalfa,” he explains.

Cherney has changed his thinking on how much grass is acceptable in an alfalfa-grass mixture. “I used to say if you had less than 20% grass in a mixture, it wasn’t having much impact,” Cherney says. “But I now know that’s not true because grass fiber digestibility is much higher than alfalfa. As little as 5% grass in an alfalfa-grass mixture will increase neutral detergent fiber digestibility (NDFD) 1 percentage unit.”

The forage specialist currently recommends seeding 1 to 2 pounds per acre of meadow fescue along with 12 to 14 pounds per acre of alfalfa to achieve a 20% to 30% grass composition. He notes that growers will only want to see about 10% grass in the fall of the seeding year.

“Establishing and maintaining a consistent grass percentage is a challenge,” Cherney asserts. “It’s perhaps the biggest disadvantage of an alfalfa-grass system.”

When choosing any grass variety to grow with alfalfa, Cherney emphasizes the need to choose those that are late maturing; however, he cautions that his trait, like others for grasses, may vary depending on the environment it is grown in.

It’s grasses’ time to shine Next