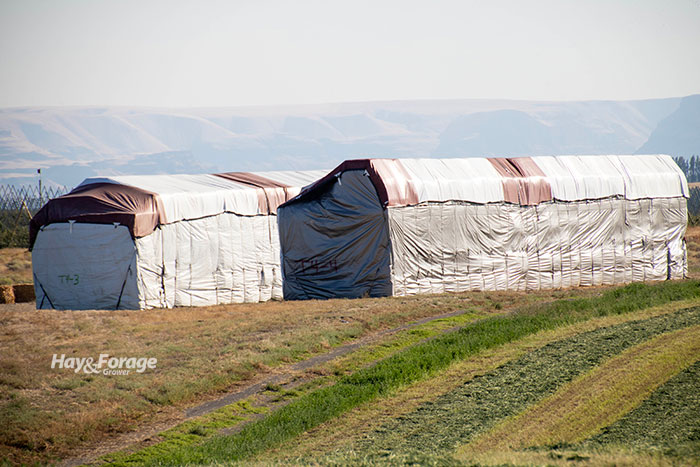 “When I tell people what I do, my explanation usually elicits a lot of confused looks,” said Josh Callen regarding his company’s quest to document Western hay markets in his weekly newsletter The Hoyt Report. The analyst explained how hay markets operate and added insights regarding current market drivers at last month’s World Alfalfa Congress held in San Diego, Calif.

Hay, unlike commodities such as corn, is a decentralized crop. There’s no Chicago Board of Trade or Mercantile Exchange to set a standard price. Regional prices can vary depending on supply, demand, and the prices of other crops. Different from the eastern U.S., most of the hay produced in the West is not fed on the farm where it is produced.

Callen explained that there are four main types of markets for alfalfa and other hay types. These include dairy, beef, export, and retail/horse stable. “Each of these requires a different type of expertise and type of product,” he said.

For dairy, markets are based on forage quality using standardized USDA quality categories, and dairies prefer the large square bales. For the beef market, lower quality is generally acceptable, and most beef producers are more hay-price conscious because their margins tend to be tighter. 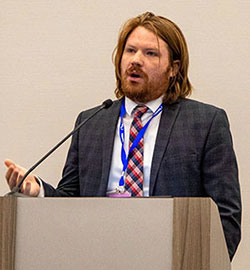 Josh Callen
“For the export market, appearance is very important, and that was especially true as those markets developed,” Callen said. “These days, as foreign dairies have started to feed rations more similar to those found in the U.S., forage quality has become a leading export price determinant, especially in China.”

The retail and stable markets service mostly horses and small ruminants such as sheep and goats. These markets often demand small bales.

Callen explained that Western hay can be sold in a variety of ways. The first is by a direct sale, where the farmer is selling hay directly to the end user such as a dairy, beef operation, or retailer.

The second transaction type is unique to hay, and that is through independent brokers. “They serve an important role because they have an expertise in all of the variables involved with a hay transaction,” Callen noted. “Many brokers will work on commission and often times will help add value to the sale.”

Some large hay-buying entities have their own employees who are tasked to go out and purchase hay from suppliers. These entities include U.S. export businesses or large foreign buyers.

These first three types of hay buyers have about an equal share of the larger Western hay market. The final type, hay auctions, are less common in the West than in the East but have grown to some degree.

Hay can be sold at several different points along the span of production and storage, Callen explained. “The most common is freight on board, or FOB. This is when the price is determined as the hay sits in a stack or barn. It can also be sold out of the field as bales, in the windrow, or as a standing crop.”

One method of a hay transaction that isn’t as common is a revenue-sharing contract. Using this approach, a price per forage acre is set, and then the buyer and seller split any revenues above or below the base value.

Without a centralized commodity exchange, hay is sold in more of a “pure” market, based primarily on supply and demand.

“Of course, many factors influence the supply side of the market,” Callen asserted. “These include the acres planted and the weather. In the West this year, we had a very cool, wet early spring, which limited the ability to make high-quality hay during a period when a lot of high-quality hay usually gets made. This really pushed the price of top-quality hay up as the season was just beginning.”

Competing crops is another factor influencing supply and acres. Callen pointed to California as an example, where almond trees have taken a big chunk of former alfalfa acres, which has limited hay supplies.

“This year, input costs were a big factor influencing supply and price,” Callen noted. “Some growers skipped putting fertilizer on, and that hurt yields. Labor costs have also been climbing, which influences the price a grower needs to get for their hay to be profitable.

Another factor influencing hay demand includes the price of other commodities such as milk. Callen presented a graph that depicted a rather strong correlation between milk price and hay price. He noted that for retail businesses, it’s more a function of the economy and what people are willing to pay for hay to feed their animals.

External agricultural markets such as oil also influence hay markets, as they can often drive a variety of commodity markets.

Currently, drought in the West is having a huge impact on hay production and availability, especially in the Colorado River Basin. Arizona is taking the brunt of cuts right now, but the Imperial Valley may eventually be affected. The unknown of water availability from year-to-year makes it extremely difficult to plan cropping strategies for the upcoming season, Callen said.

In the West, alfalfa acres in the 11 Western states are down about 20% in the last 20 years. Most of that decline is from California. “The decline of alfalfa acres has coincided with the reduction of alfalfa in dairy rations,” Callen noted. “Most of the dairies I talk to are feeding 2 to 5 pounds of alfalfa hay per day. I feel like we’ve reached a point where the trend in reduced acres may be leveling out. Almond prices haven’t been as good lately,” he added.

The hay market expert said that hay prices have softened slightly going into winter as milk prices have come down from earlier highs. Also, the strong dollar has tempered export demand.

Looking ahead, Callen expects that alfalfa hay was profitable for most growers this year, but he doesn’t expect that to “juice” acres for next year, as most cropping plans are already set.

Alfalfa faces challenges, but all isn’t lost Next