Average is often not good enough 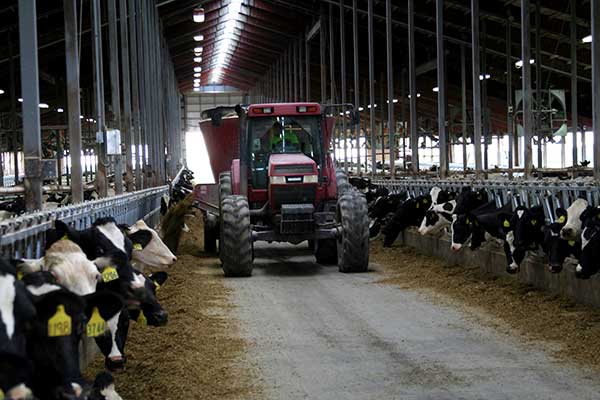 A number of years ago one of my kids came home with their report card and presented it to me. Embedded alongside the list of class names and numbers were a few B’s and a couple of C’s. My response was something along the lines of “What's the deal with the C’s?”

The retort, “What’s wrong with C’s? That means I’m average.”

This, of course, was right but they didn’t quite grasp the concept that average is not good enough when the capability is there to do better with a little more time and effort. Average can prove to be not good enough.

And so it often is with corn silage kernel processing.

Kernel processing score (KPS) guidelines dictate that greater than 70 is excellent, 50 to 70 is adequate and below 50 is poor. The numbers pertain to the amount of starch that passes through a 4.75 millimeter sieve during the standard procedure test performed at a forage analysis laboratory.

Much of the discussion I’ve been hearing at meetings this winter centers on that 50 to 70 category referred to as “adequate.” It is in this category where the majority of lab samples fall. Certainly, the lower half of this category is the academic equivalent of a “C” or average.

More and more, dairy nutritionists seem to be demanding something better than average. John Urness, national forage specialist with Vita Plus, recently brought the dynamics of corn silage kernel processing to light in a recent edition of the company’s Forage Foundations e-news. Urness describes a farm situation that he was called to because of low milk production. Tests revealed that fecal starch was high (8 percent), corn silage moisture was drier than desired at 60 percent moisture, and it had a KPS of 61 (mid-range adequate). So why was milk production depressed?

The problem, according to Vita Plus Dairy Specialist Pat Hoffman, is that adequate KPS wasn't good enough in this case. He explains that drier than optimum corn silage, as was being fed on this farm, has kernel starch that is less digestible than wetter silage. This decrease in starch digestibility can only be overcome with an extended fermentation time or more aggressive processing. A combination of the two even speeds starch digestibility further.

Hoffman, a former dairy scientist at the University of Wisconsin, offers this rule of thumb: Kernel processing scores should be two times the dry matter minus five. In the farm situation previously described, a kernel processing score of 75 [(2 x 40) – 5] would have been the goal because the silage was drier than desired. Even with more processing, he adds, a longer fermentation time would still likely be needed to maximize total tract starch digestibility.

The moral of this story is simple. Sometimes average and adequate are not good enough; optimum utilization of corn silage is not just a KPS numbers game. Silage moisture and length of storage are also important considerations.

BMR corn: Love it or leave it Next