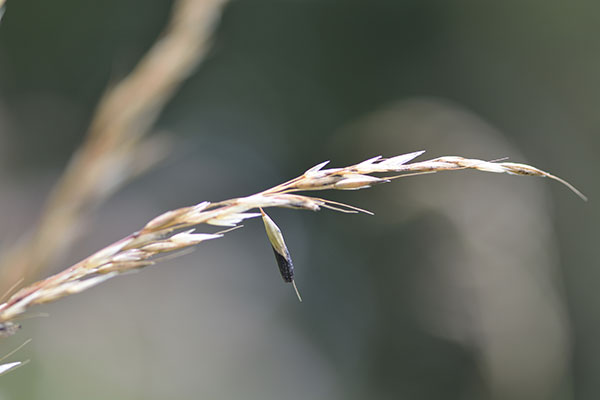 There are many problems that livestock producers have to deal with resulting from changing weather. If you’re grazing cattle, ergotism can be one of them.

A cool, wet spring followed by early, hot summer temperatures cause the ideal conditions for the ergot fungus to grow on cereal grains and grasses. Such conditions existed in many parts of the Midwest and East in 2016. Grass hay cut late due to rain can also be at risk. Cattle consuming infected pastures or hay can experience serious complications.

The fungus that grows on the seedhead most commonly affects cereal rye, but wheat, barley, oats, bromegrass, fescue, bluegrass, timothy, and other grasses can also be impacted. Although all animals are susceptible, cattle are often the most affected by ergot.

“There is no practical way to eliminate the ergot-producing fungi from pastures since the severity of future outbreaks will vary with climatic conditions,” Dewell says.

Determine severity and presence each year through careful field inspection. The toxins produced by endophyte-infected fescue are similar to ergot toxins, so fescue grass may be at added risk. “However, ergot bodies have a thousand times more toxic alkaloids than those of fescue toxicosis, so the animal symptoms appear quicker and are much more pronounced,” says Sarah Kenyon, University of Missouri extension agronomy specialist.

The most prevalent ramification of ergot poisoning is vasoconstriction, or blood vessel constriction of the arteries. This can prevent thermoregulation during the summer heat, causing cattle to develop a rough hair coat, experience weight loss, and spend extended periods standing in available water or shade.

Gangrenous ergotism is a result of vasoconstriction in the legs and tail. It results in lameness, usually beginning with the hind limbs. The coronary band will eventually swell, and if the animal is not removed from the ergot alkaloid promptly, the hoof will be sloughed. Necrosis of the tail and ears can also take place.

Agalactia, a condition characterized by reduced or even no milk production, can occur as it does with fescue toxicosis. Nervous ergotism, associated with vasoconstriction in the brain or other alkaloids that cause hyperexcitability and tremors, may also result.

The alkaloid compounds produced are also toxic to humans. “The toxins in ergot are chemically related to LSD, and some scientists suggest that bread made from infected rye may have played a role in the 17th-century witch trials in Salem, Mass., and other human epidemics in the Middle Ages,” Kenyon notes.

If sclerotia are found on seedheads, randomly collect a 1-pound sample from the pasture, including seedheads to analyze for ergopeptide concentration. Dewell noted that there is no specific test to detect ergopeptides in cattle.

To treat an animal of ergotism, the primary focus is to remove it from the source of the ergot toxins; there is no known antidote. If extracted before severe clinical signs occur, the animal can recover. However, once gangrene develops there is little that can be done.

“Grass in pasture or hay should be monitored regularly to determine if the ergot sclerotia is present,” Dewell said.

Hay produced from ergot-infected grass can also be toxic. The sclerotia will typically drop off the grass as it is being handled, but Dewell suggests inspecting any mature grass hay that may potentially contain the ergot fungus.