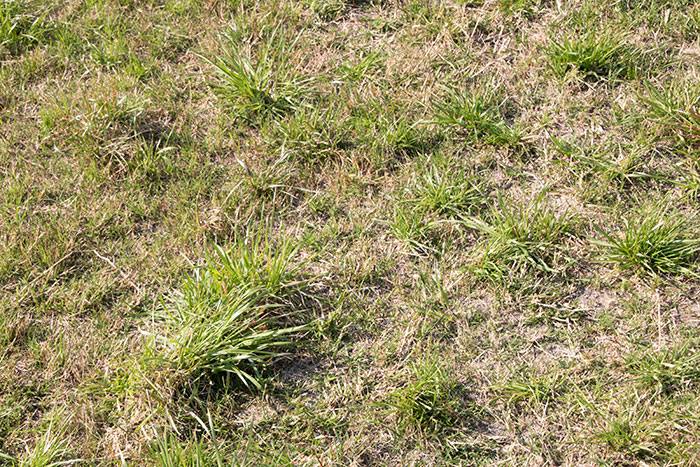 Gone are the days when warm-season weeds seemingly had a corner on the warm-season pasture market. Producers who typically focus their control efforts on warm-season broadleaf and grass weeds, such as ragweed, broomweed, sandbur, or johnsongrass, may want to broaden their efforts.Soils and crops consultant of the Noble Research Institute, Eddie Funderburg, explains that cool-season weeds, or those that emerge in the fall and grow throughout the winter and spring, are finding their way into warm-season pastures. Funderburg explains this growing problem and highlighted some of the main culprits in a recent Noble Research Institute News and Views newsletter.Annual ryegrass“Ryegrass can be a valuable forage or a difficult weed, depending on your situation,” Funderburg began.Commonly seen as a weed in summer forages, ryegrass hinders producers in two ways. The first is hay quality for horses. Funderburg noted that hay producers can struggle selling their first and second cuttings containing ryegrass as high-quality horse hay.In pastures, where cattle consumption does not keep up with ryegrass growth, the species becomes extremely competitive with warm-season grasses in late spring. When it dies, ryegrass forms a mat that shades the ground, further inhibiting the growth of summer grasses such as bermudagrass. “I’ve seen quite a few stands of bermudagrass lost to excessive ryegrass competition,” Funderburg said.For effective control of annual ryegrass, Funderburg recommended spraying a nonselective herbicide in the dormant season. He warned that this treatment is not ideal if plants like cool-season legumes are actively growing at that time.Glyphosate, the active ingredient in Roundup, is frequently used when desirable plants are inactive because it will kill only green plants upon application. Funderburg added that in some regions, ryegrass has become resistant to glyphosate. Where this is the case, paraquat can be used as a substitute.“Take extreme caution when handling paraquat since it can be lethal to the applicator if ingested,” Funderburg warned. “It is a good idea to rotate glyphosate and paraquat to prevent resistance from developing, even if resistance is not confirmed in your fields.”ThistlesThistles are a persistent problem in pasture management. This invasive species is best fought during the winter or early spring in order to see effective control results. Both treatments discussed above are effective in the rosette stage (lying flat on the ground), Funderburg noted.Once thistles begin to bolt and shoot a seedhead, they are much harder to control. Before thistles bolt, broadleaf herbicides are more effective. Funderburg listed 2,4-D alone, 2,4-D with picloram, dicamba or aminopyralid, metsulfuron methyl, or a combination of metsulfuron methyl, 2,4-D, and dicamba as potential chemical control options. Henbit“Henbit is a plant that was not generally considered a pasture weed in the Southern Great Plains until the past few years, but now it can be a major competitor with bermudagrass in the early spring,” Funderburg said.Although 2,4-D alone may not eradicate henbit, it can easily be taken care of with other herbicides when sprayed early. Funderburg recommended glyphosate in the dormant season, a mixture of 2,4-D and glyphosate, or mixtures of 2,4-D, dicamba, picloram, aminopyralid, and metsulfuron. For best results, spray when the henbit is still small.Winter weeds aren’t always a bad thing. Warm-season pastures and hayfields simply need to be scouted to determine if control is necessary. Funderburg said that in most cases control of winter weeds requires an additional application in order to also control summer weeds. An exception to this is aminopyralid (sold as Milestone or formulated with 2,4-D and sold as GrazonNext HL). Research shows that if applied in February, aminopyralid gives season-long protection against western ragweed, Funderburg added.“Always read the label before handling, mixing, or applying pesticides,” cautioned Funderburg. “Pay particular attention to safety information and follow all recommended safety practices. Remember, the label is the law.”