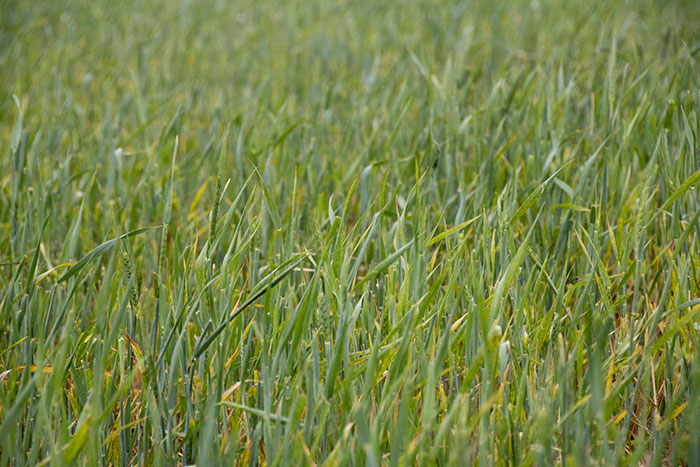 More cloudy days, cooler temperatures, and above normal precipitation has characterized winter conditions in much of the South this year. Such conditions not only impact livestock, but they also affect how plants grow, according to Mississippi State University Extension Forage Specialist Rocky Lemus.

In looking at this winter’s weather data, Lemus notes that his state has seen significantly more cloudy days, rainfall, cooler temperatures, and ultimately fewer grazing days compared to the past four-year average.

“Weather affects plants in many ways that we may not realize,” Lemus says. He explains that the frequent occurrence of cloudy weather may have a significant influence on photosynthesis and transpiration in cool-season annual forages. This is due to the effects of variation in sunlight quantity and quality on photosynthetic activity and leaf temperature.

“Under cloudy conditions, winter-annual crops might try to produce bigger leaves in response to low radiation,” Lemus explains. “If wet conditions persist, this can limit root development and nutrient uptake, as roots might not seek nutrients deep in the soil profile.”

The degree to which a soil becomes waterlogged depends upon the amount of rainfall, air temperature, hours of sunshine, and the soil’s ability to drain quickly. Soil temperatures remain at lower levels in wet soils.

Also a detriment to root growth in waterlogged soils is the production on toxic gases such as hydrogen sulfide and carbon dioxide. With reduced root branching and fewer root hairs, nutrient absorption is impaired, resulting in less overall forage growth.

Under waterlogged conditions, the availability of several nutrients such as nitrogen (N), iron (Fe), Zinc (Zn) is reduced while manganese (Mn) availability might actually be enhanced.

In general, the uptake of N, potassium (K), and Fe is impaired in the roots by the lack of oxygen. The uptake of phosphorus (P) and K may also be reduced and lead to early maturing or senescence of the plant when soils are saturated.

Excessive rainfall is also cause for N denitrification and leaching, which results in less of that critical nutrient being available for cool-season grass growth.

Lemus concludes that although farmers and ranchers can’t control the weather, they can prepare for such situations that may occur in the future. “All you can do is stay ahead of the weather,” he says.

Grazing legumes can benefit some horse types Next