Breeding cows on fescue can be tricky 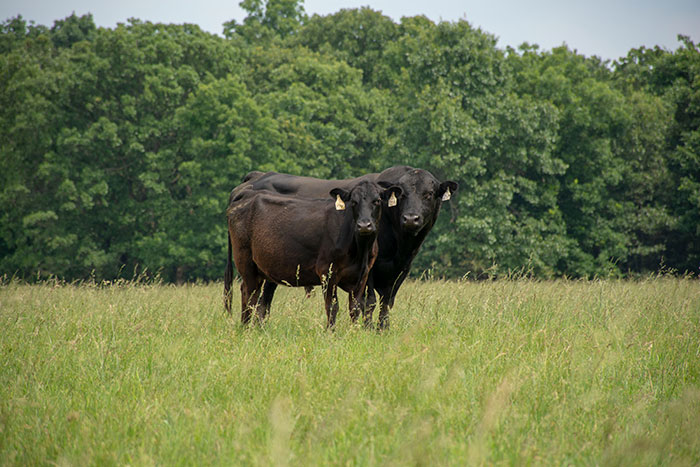 For spring calving herds, getting cows bred in the late spring and early to midsummer on toxic tall fescue pastures can be a challenge.

“I personally prefer fall calving, but I also believe that we can have successful breeding performance in the spring,” writes Roy Burris, extension beef specialist with the University of Kentucky in an article published in their Off the Hoof newsletter.

Though there are some obstacles to a spring calving strategy, they can be mostly overcome. In Burris’ opinion, one of the biggest deficiencies he sees is not providing cows adequate nutrition during the winter months to get them in good body condition for spring calving and early rebreeding.

Another issue that Burris points to is the fact that lush, watery grass in the early spring might not support regaining body condition that may have been lost during winter.

“Cows should enter the breeding season in good body condition,” Burris notes. “This means a body condition score of 5, which doesn’t always follow our winter-feeding programs. It seems that we sometimes try to rough cows through the winter and hope that spring grass will straighten them out. That is a sure formula for delayed breeding or open cows,” he adds.

In one University of Kentucky study, cows that were exposed to bulls from mid-April to early June had an 89 percent pregnancy rate. That compared to cows exposed to bulls from mid-June to early August that had a 59 percent pregnancy rate. Burris surmises that the hot midsummer temperatures coupled with the elevated levels of fescue toxin (ergovaline) contributed to the reduced and unacceptable reproductive performance.

Short of re-establishing tall fescue pastures, it’s difficult to change the inherent toxicity that exists; however, Burris points out that not all fescue pastures possess the same toxic ergovaline levels. He suggests testing and identifying those pastures with the lowest ergovaline concentrations and use these areas during times of heat stress and breeding. Stay away from the really “hot” pastures, he adds.

Native pastures respond to fertilizer, but . . . Next

How do silage-specific hybrids stack up? Previous