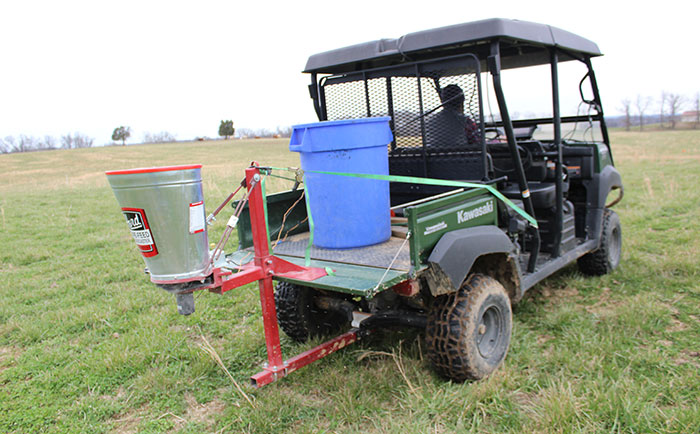 Although global positioning systems (GPS) have been widely adopted in many agricultural applications, their use in lower input, pasture management situations is much less commonplace.

Researchers at the University of Kentucky recently explored the utility of a GPS system for frost seeding pastures. On four different pastures ranging from 6.2 to 10.6 acres, simulated frost seedings (no seed actually spread) using a utility terrain vehicle (UTV) and Raven Cruiser II guidance system were made at a target speed of 10 miles per hour and a 30-foot spread width.

During the first seeding simulation, no guidance was used; then one was done using guidance over the same pastures.

The researchers downloaded the spread path data and analyzed it for overlaps and missed areas.

Pasture coverage with or without GPS guidance

Based on conditions and results of this study, the researchers determined that the cost of their guidance system ($2,000) could be recouped in as little as 165 acres. In addition, the system could also be used for other activities such as spreading fertilizer, no-till seeding, and for herbicide applications.

Alfalfa companion crops are alive and well Next