Searching for a winterhardy ryegrass 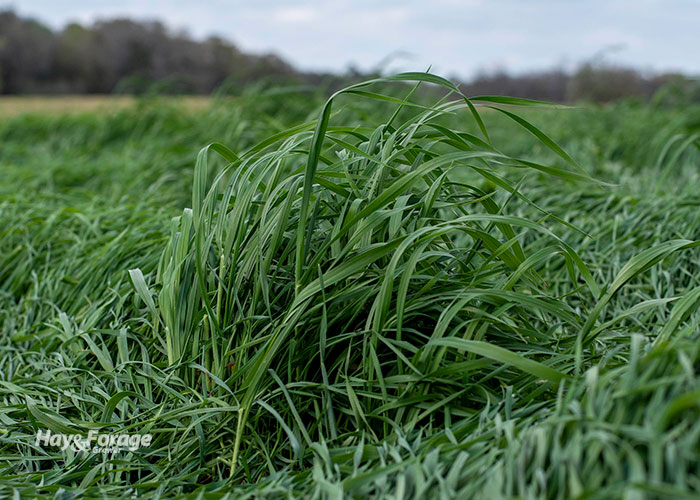 A team of forage specialists and researchers recently evaluated experimental populations of perennial ryegrass alongside many other popular species of grazing forages. Their goal was to identify cultivars with improved winterhardiness.

Perennial ryegrass is a favorite among farmers across the U.S., but it lacks the winterhardiness for long-term persistence in the Upper Midwest. The perennial ryegrass breeding program at the University of Minnesota (UMN) identified several experimental populations with improved winterhardiness, but they had not been evaluated under grazing conditions.

The forages were all evaluated in terms of quality and quantity before the livestock began grazing, and then again afterward to assess animal preference and forage persistence.

Perennial ryegrasses were consistently among the highest (on a dry matter basis) for:

Perennial ryegrasses ranked moderately for nonstructural carbohydrates (12% to 16%) and were among the best in neutral detergent fiber (NDF) values at ≤54%.

Although consistent trends in forage nutritive value among the other grasses were not easily seen, orchardgrass tended to have lower values than the other forages in the study.

As for the winterhardiness and persistence after two years, all of the grasses performed similarly, although perennial ryegrass had the lowest percent ground cover (40% or below).

Minnesota experienced a harsh winter following the second year of the study, over a week of low temperatures between -15 and -44°F. Although there was snow cover to help insulate the ground, the scientists believe the extreme conditions contributed to the poor persistence observed.

The researchers concluded that the experimental populations of perennial ryegrass produced high-quality forage that was preferred by grazing livestock; however, yield and stand persistence may be reduced compared to other cool-season grasses.

Getting high with corn silage Next