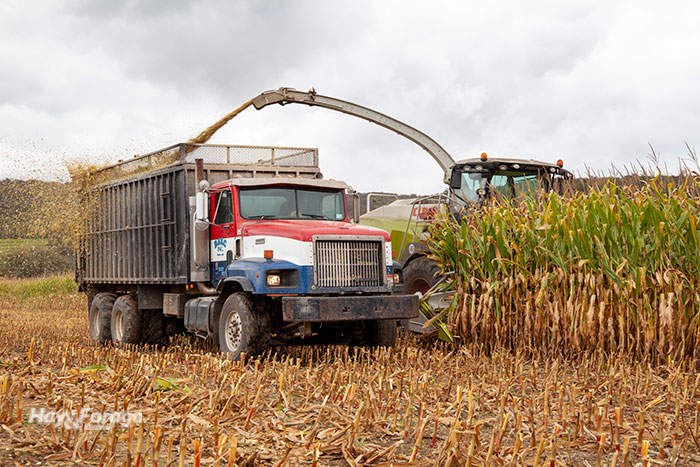 It’s common knowledge: Headlands look worse and yield lower than the interior sections of most fields because of excessive field traffic, greater pest pressure, and tree lines that block sunlight and compete for nutrients. Have you ever wondered how much headlands drag down the overall yield potential of a field?

Researchers at Cornell University recently set out to answer this question, and their results will soon be published in the Agronomy Journal.

The researchers documented yields on 1,281 corn grain fields and 1,367 corn silage fields in New York during 2017 and 2018. They used yield management software (Yield Editor) and separated the field headlands for analysis.

The average field size evaluated was 18.5 and 19.3 acres for grain and silage fields, respectively. The average grain yield on these fields was 181 bushels per acre, and the average silage yield was 22 tons per acre (35% dry matter).

Across all fields, the yield in the headland area was lower than the yield of the interior (nonheadland) area for 94% of the grain fields and 91% of the silage fields.

Optimal field production was defined as production that could be obtained if the headland portion had yielded the same as the interior area. Production gain was calculated as the percentage improvement between the actual and optimal production.

As might be expected, potential production gains were highest on smaller fields where the headlands made up a higher percentage of the total acreage.

Production gains exceeding 20% were obtained on fields with a total field area less than 25 acres and with corn grain yields less than 143 bushels per acre or silage yields less than 24 tons per acre. The researchers noted that such yield differences can, depending on the farm, reflect a considerable loss of yield and opportunity to improve total returns per cropland area.

Based on production gain for specific fields, the researchers suggest that farmers can either choose to partially mitigate headland soil compaction with practices such as vertical tillage or subsoiling, reduce crop inputs without further loss of yield on headlands, or “retire” the headland from row crop production and opt for a perennial forage or conservation crop.

A more complete summary of this research project can be found here.