Corn silage is a feed without a home 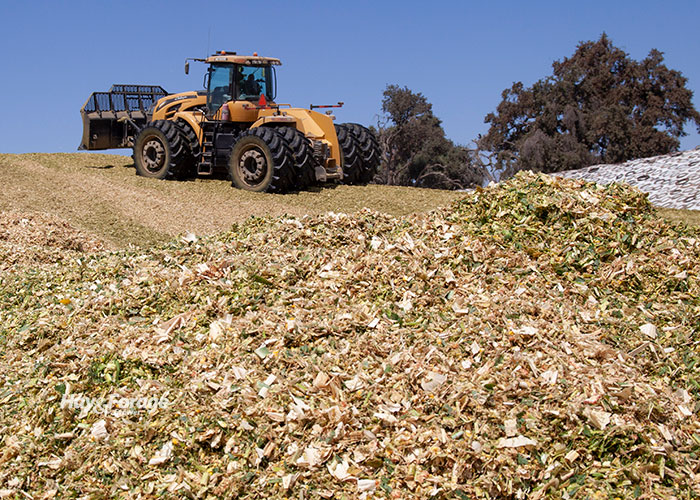 Let’s be clear on one thing: Corn silage is the primary feed source of the dairy industry. Certainly, there are many individual farmers who feed little or no corn silage, but a lion’s share of nutrients derived from milk and cheese got their start somewhere in a cornfield. For better or worse, that’s just the way it is.

Even with its status at the top of the dairy totem pole, I’ve always found it strange that corn silage has had trouble finding an industry home. Perhaps some of that identity issue has to do with its history, and a portion can be attributed to its inherent make up. Let me explain.

Corn silage has been harvested for decades, but it really has only been in the past 20 to 25 years that corn has been bred and grown with the explicit intent of harvesting for silage. For many, many years, there was no differentiation between a grain hybrid and a silage hybrid. The rally cry was, “The best grain hybrids make the best silage hybrids.”

Since the 1990s, digestibility has come into focus; kernel processors have become commonplace, if not necessary; seed companies have dedicated some of their breeding efforts on developing silage-specific hybrids; and there has been targeted research on the optimum ways to produce and feed corn silage.

Even with these advances, corn silage, as we know it today, came late to the party. There are a few seed companies that invested heavily in corn silage breeding and development, but these efforts still paled compared to the resources put into corn grain hybrids, and, in many cases, traditional forage crops like alfalfa.

At the university level, corn silage was given even less consideration. The number of corn silage “experts” who can be found at state universities would, in total, barely fill a small conference room. Much of the research that gets done is by nutritionists, not agronomists. From the latter standpoint, who takes corn silage — the forage specialist or the corn specialist? At many universities, it’s neither.

From an acreage perspective, corn silage pales in comparison to corn grain, alfalfa, and other forage crops, leaving it to be a minor crop overall, yet a premier crop in the dairy industry. However, unlike a perennial forage, corn silage producers need to buy seed every year, which makes hybrid breeding efforts more worthwhile.

When I worked as a county extension agronomist in Wisconsin, we had a county forage council. The council was an asset in helping to provide resources for offering education programs and on-farm research or demonstrations. I quickly learned that a meeting had to either be focused toward conventional dairy farmers or it had to be focused toward grazing operations. If I offered a mixed program, neither group would attend because half of the program wouldn’t be relevant.

Those farmers had their identity: conventional dairy or grazing dairy. Corn silage’s identity is one of a mixed bag, being an equal split of grain and forage on a dry matter basis. It’s interesting that our industry mostly considers it a forage. For example, when we talk about the percent of forage in the ration, most nutritionists and farmers lump all of the corn silage into that calculation.

Let’s illustrate this with an example:

A feed ration is balanced for 60 pounds of dry matter intake. Included in the ration is 26 pounds of corn silage and 10 pounds of alfalfa. Virtually everyone in the industry will proclaim that this is a 60% forage ration (36 divided by 60). But is it?

Half of the corn silage — 13 pounds — is grain, which actually makes our ration about 38% forage — not exactly a “high-forage” diet.

It’s corn silage’s unique contribution as a forage and grain feedstuff that makes it appealing as a feed. It’s this same attribute that often leaves it without an industry home.

Should a magazine titled Hay & Forage Grower offer information on corn silage? Sure, but we’ll try to stick mostly to our 50% of the crop.

These five corn silage harvest errors occur too often Next