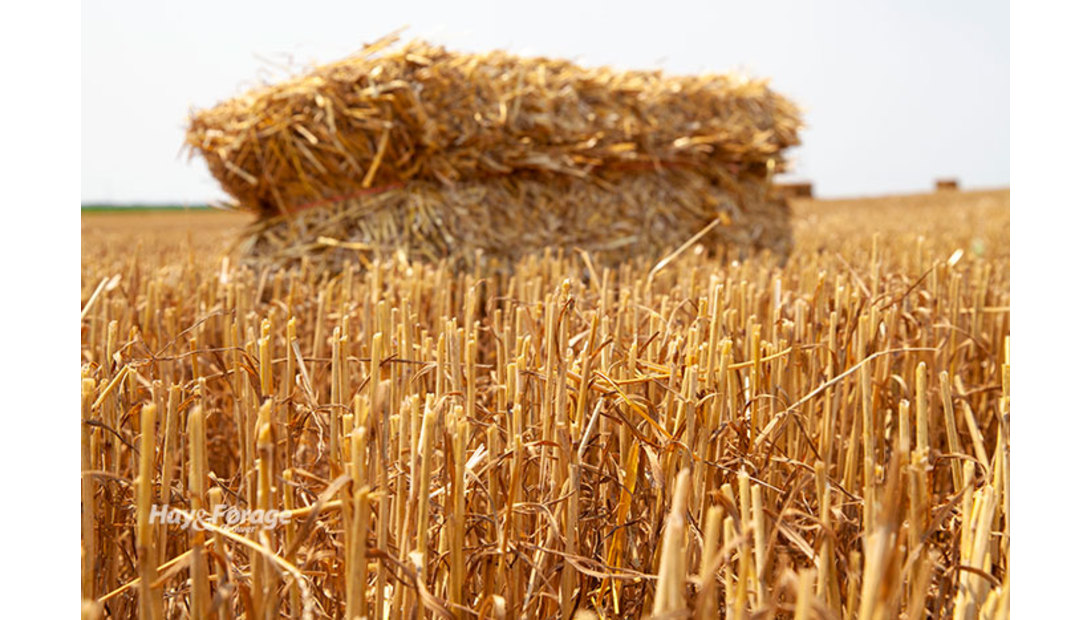 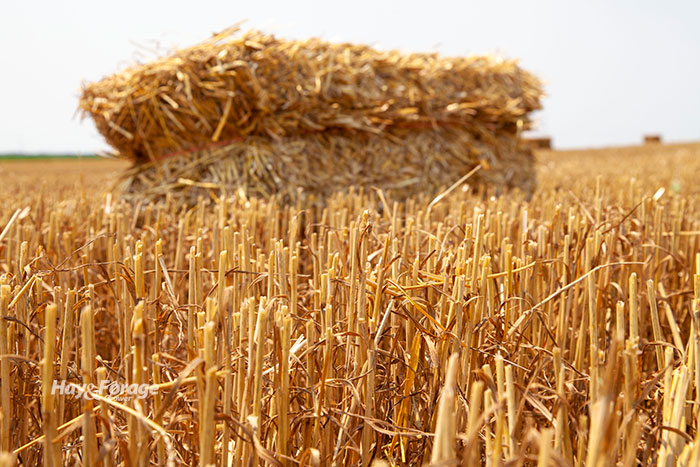 Wheat straw makes for a no-brainer second enterprise using all of the same equipment needed for hay, only without the anxiety caused by maturity concerns, rain events, slow dry down, and harvest moisture. Often, there’s no need for windrow manipulation, either. Baling good, clean straw is just fun.

Most wheat growers are more than happy to sell their windrowed straw to a willing baler, either because it makes for extra income or they just want to get rid of the plant residue.

The straw market has changed drastically over the years. For decades, it was purely a bedding product. Although it’s still used for bedding today, most dairy farms have found better bedding alternatives for their cows, especially in freestall barns. However, all was not lost for the straw market. In fact, it’s gotten better . . . in many areas, a lot better.

Cows that now lie on sand are eating straw as a component of their daily total mixed ration (TMR). The straw adds physically effective fiber that helps counteract some of the low-fiber forages that are produced and fed. Even where the milking herd isn’t fed straw, dry cow TMRs are often loaded with the golden plant residue. Essentially, the straw market has transformed from a bedding market to a feedstuff market, unless horses are your game.

It’s not uncommon that wheat growers will want to know the fertilizer value of the straw as it lies in the field once the combine has rolled through. Many university-based estimates for the nutrient fertilizer equivalent of wheat straw can be found. Here are a few examples: 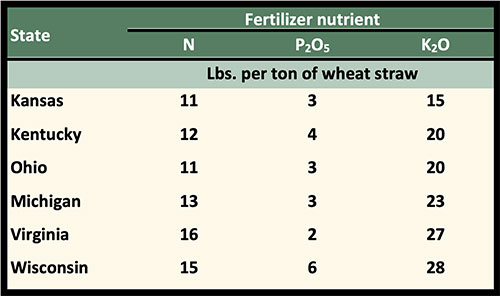 State estimates of wheat straw nutrients vary slightly. Most of this variation is probably due to the inherent differences of soils and management practices that prevail in various regions. For example, nitrogen fertilization can impact the plant’s nitrogen content, and the height of the straw stubble also will affect the nutrient concentrations of the harvested straw.

In Wisconsin, a lot of dairy manure gets spread on fields, which causes soil phosphorus levels to build, and soil potassium levels are kept high for producing alfalfa. This is likely why the phosphorus and potassium levels in the straw are elevated compared to most states.

If left unbaled on the field, the nitrogen in wheat straw will not be immediately available to plants. It will first have to be mineralized by microorganisms and converted to ammonium and nitrate. In fact, leaving the residue on the field will tie up additional nitrogen in the short term as the mineralization process takes place. Wheat straw has an extremely high carbon-to-nitrogen ratio (80:1), so the whole process takes a while.

Over time or with a big rain event, precipitation will leach some potassium out of the residue. This is probably a bigger issue with corn plant residue than with wheat.

Weedy straw will take longer to dry. Green weeds that are put into the bale can cause bale heating and mold growth, which could create health issues if the straw is being used for horse bedding. It also will make for a much more unpleasant and dirtier task if the straw is ultimately chopped for feed or bedding.

Depending on regional availability and local livestock usage, straw can be a profitable enterprise for haymakers. In some areas, it’s not uncommon to see retail prices approaching that of average to good quality hay. There is also additional income to be made for the wheat grower who has no use for the straw beyond just soil nutrient value. Just remember, those digits will be much higher in 2022.