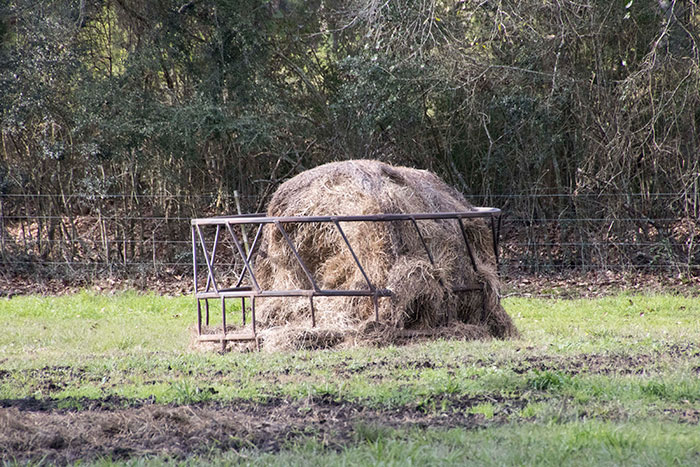 With pastures entering dormancy and cornstalk grazing underway, it will soon be time to start delivering supplemental feed to the herd.

Often, hay is supplied in the form of large round bales. “The amount of waste varies depending on how the hay bales are delivered,” says Taylor Grussing, South Dakota State University extension cow-calf field specialist.

The USDA National Agricultural Statistics Service shows that over the last decade, hay production has declined by 11 percent, while hay prices have risen by 77 percent.

“More efficient use of stored forages to reduce waste during delivery should be a priority area that can be addressed rather simply by analyzing the type of bale feeder used,” Grussing says in the SDSU extension newsletter, iGrow.

Expenses from wasted hay can add up quickly. For example, if hay is valued at $80 per ton and as little as 1 pound of waste per cow per day accumulates over a four-month winter feeding period, an extra $5 is added to each animal’s winter feed bill. This expense will continue to grow with tapered and open bale feeders, or higher valued hay.

In preparing for winter feeding, Grussing suggests that producers evaluate the type of bale feeders on hand and whether enough bale feeders are available for the size of your cow herd.

Bale grazing in the Bluegrass State Next