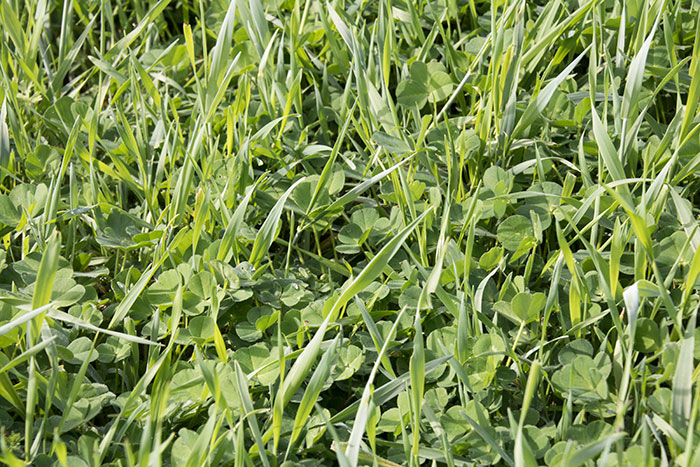 The value of legumes in pastures is well documented, and we’re now moving into the frost-seeding season. Frost seeding is a tried and tested method to introduce or maintain legumes in existing grass pastures.

“Sometimes, producers can get wrapped up in choosing the right legume, when the real issue is just getting something that will thrive,” says Wayne Shriver, Eastern Agricultural Research Station manager for The Ohio State University.

Shriver says that at the research station they try to maintain between 25 to 40 percent legumes in the pastures. They plant ladino clover, red clover, birdsfoot trefoil, and alfalfa.

Instead, they interseed into pastures and hayfields to promote new legume growth. If a field is torn up to renovate and they have a wet spring, the result is poor growth. They interseed in order to at least maintain old growth.

At the research station, Shriver says they prefer to frost seed with a no-till drill when the ground is still frozen. Their goal is to scratch the surface and put the seed in contact with the soil. When the ground thaws, it will close over and give seeds a better chance to germinate.

By using a drill, Shriver believes that they get 25 to 50 percent better germination than broadcast seeding. However, the drill does take more time and comes with greater machine investment.

Quickly rotating cattle between pastures, even early in the season, is another way they encourage legume growth. If the grass gets too tall it begins to crowd out the legumes. By moving the cows every two or three days, the grass is kept short and heading out is prevented.

“The secret to maintaining a good stand of legumes is to reduce competition,” Shriver says.

At the research station, if there is concern about whether the pastures will be grazed down enough, they will begin grazing earlier or plan to take a cutting of hay to allow the legumes to grow.

Shriver notes that they like to soil test and apply nutrients to pastures in the fall, so when they interseed in the spring the fertility is in place to help the new growth.