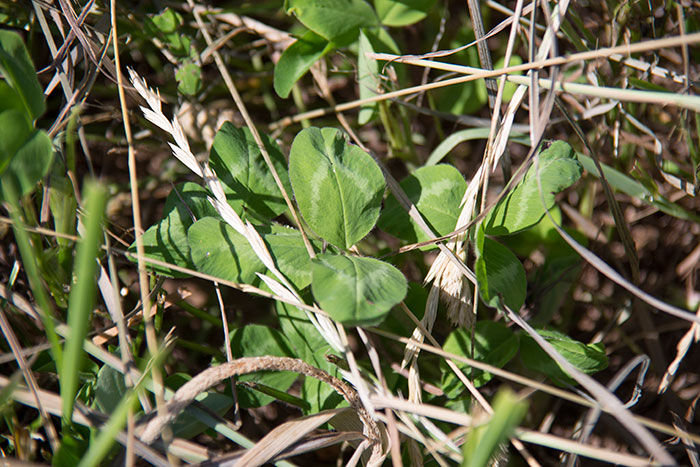 In many parts of the U.S., March marks the ideal frost-seeding time. Though not always a sure bet, frost seeding pastures has shown to be a time-proven practice for maintaining an effective level of legumes in pastures or introducing new grass species. It also beats ripping up an existing sod.

Even when broadcasting seed, good seed-to-soil contact is the key to a successful frost seeding. Exposing the soil surface by either removing the forage residue or grazing tight during the late fall will drastically improve the odds for new seedling establishment. Late-fall grazing also slows the spring growth of established grasses, giving new seedlings a better chance to develop.

Initiate frost seeding anytime after soils begin to experience freeze-thaw cycles. Coupled with spring rains, the alternate freeze cycles are what help to incorporate the seed. Seeding on top of snow is sometimes suggested as a desirable practice. This is acceptable only if the snow is not too deep; otherwise, there is a risk that a rapid snowmelt may move both water and seed off the field or into low areas.

Boosting the legume component of pastures is often the primary reason for frost seeding. Red and white (ladino) clover is the easiest to establish with a broadcast seeding. Success with other legumes is possible, but the success rate is often lower. Do not try to establish alfalfa where alfalfa already exists because of autotoxicity issues. Also, alfalfa needs a warmer temperature to germinate compared to clovers.

Ryegrass is the easiest and most receptive grass species for frost seeding. Other cool-season grasses will be much more variable, though orchardgrass seems to be the next best alternative. Other than ryegrass, the best approach for frost seeding grasses is to use a grain drill. When frost seeding both ryegrass and a legume, broadcast each one separately because the grass seed won’t “throw” as far as the heavier legume seed.

Once seeded, give new seedlings a fighting chance. Flash graze existing vegetation once it reaches a height that is too competitive for the young seedlings to receive sunlight and compete for moisture. Not doing so is the reason many new frost seedings fail.