Alfalfa seed must be cleaned to ensure quality

In the two previous issues of Hay & Forage Grower, we discussed the breeding and development of alfalfa cultivars along with seed field production. The next steps toward a forage producer planting high-quality seed of a cultivar occur within a seed conditioning plant, where combine-run alfalfa seed is cleaned to remove unwanted inert material, weed seed, and other crop seed.

Combine-run alfalfa seed received at the seed plant is weighed, sampled, and typically placed in steel boxes holding about 50 bushels. Lab results from initial sampling are used to decide if any special operations will be needed for cleaning specific lots. Each field lot is conditioned individually to maintain integrity of the cultivar and to meet certification and phytosanitary field inspection standards if the seed is destined for export.

An array of machines are used to separate alfalfa seed from other materials based on five main principles: size, density, shape, roughness, and color. Alfalfa seed is relatively small with 200,000 to 225,000 seeds per pound; thus combine-run seed usually contains 20 to 25 percent undesirable material that must be removed, including chaff and light seed, pod and stem pieces, dirt, stones, weed seeds, and other crop seeds.

At the end of the conditioning run for each field lot, a representative sample is submitted to one or more labs for germination testing. A registered seed analyst grades the sample for purity, amount and type of inert material, and identifies any remaining weed or other crop species. Among the main genetic suppliers, testing for the presence or absence of genetically modified traits is performed on each finished seed lot.

Here’s how seed is conditioned: 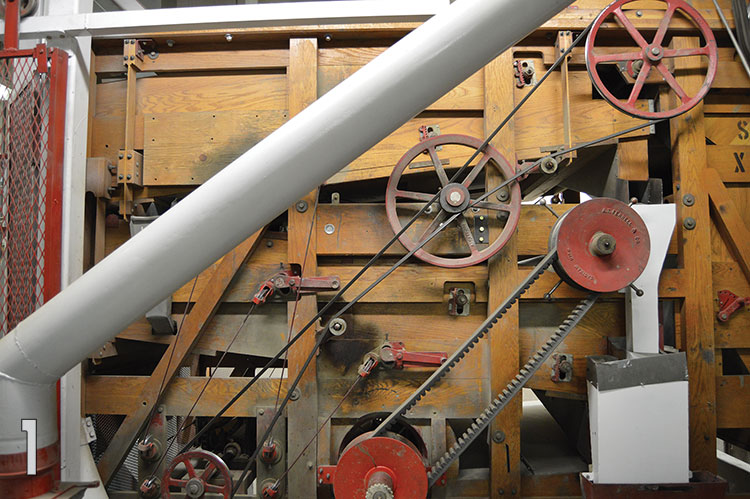 Seed is first run through a Clipper Cleaner, sort of like the back half of a combine, except that it’s stationary. Just like a combine, air is blown up through a series of reciprocating sieves that are sized to exclude seeds larger than alfalfa. It also blows chaff and the lightest shriveled seed out of the good seed. 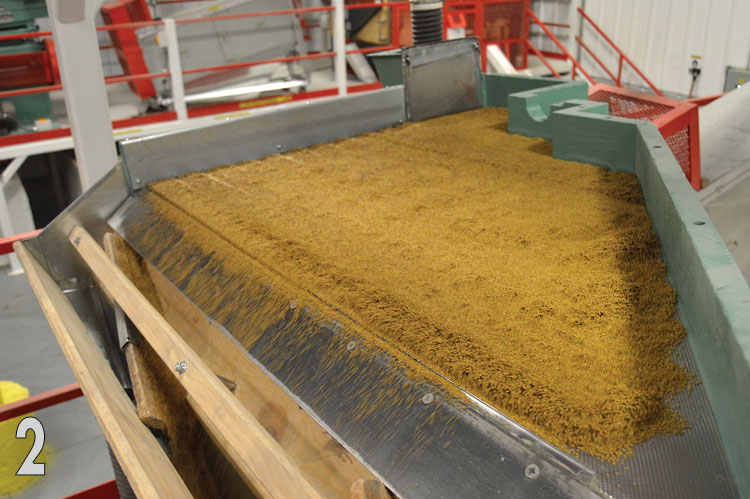 A gravity table is like an air hockey table lifted at a slight angle on one corner. It vibrates at about 250 shakes per minute. Seed moves across at a speed and distance related to its density. There are three “cuts” of seed coming over the edge . . . light or shriveled seed gravitates to one corner, while the heavy seed, including dirt or small stones, gravitates to the opposite corner. The middle “cut” is good seed. 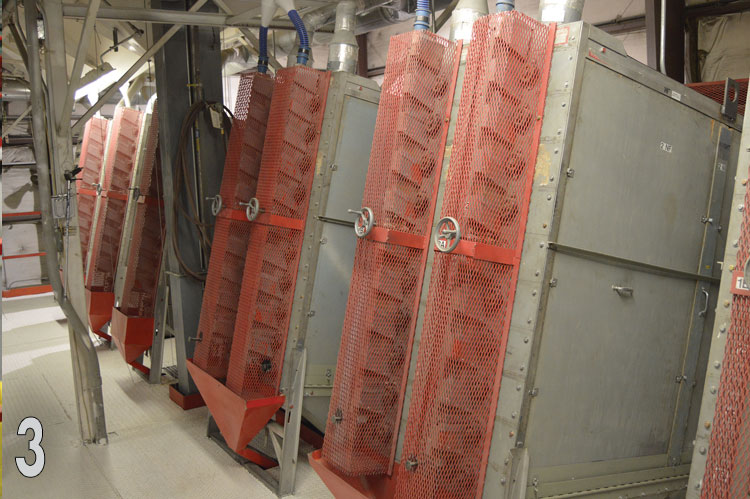 Since the clipper cleaner and the gravity table have already done most of the cleaning based on size and density, we turn to the principle of seed coat roughness to remove small weed seeds of many species. This bank of inclined velvet rolls removes weed seed of similar size and density to alfalfa seed. Rollers are inclined to allow seed introduced at the high end, to flow down the channel between the rollers and out the low end. 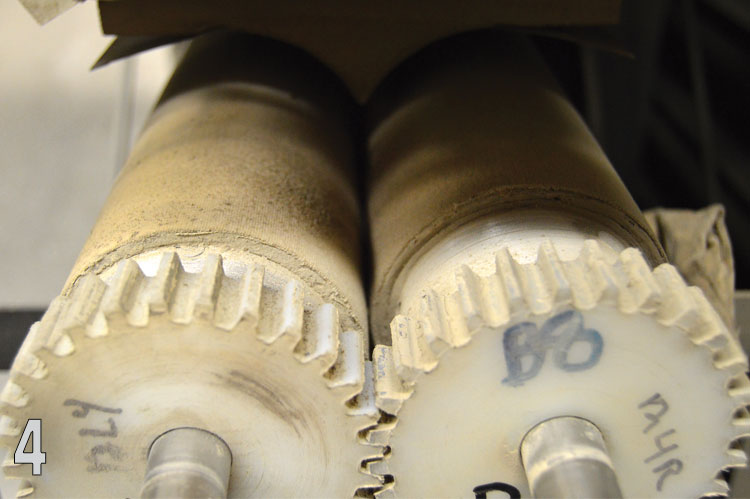 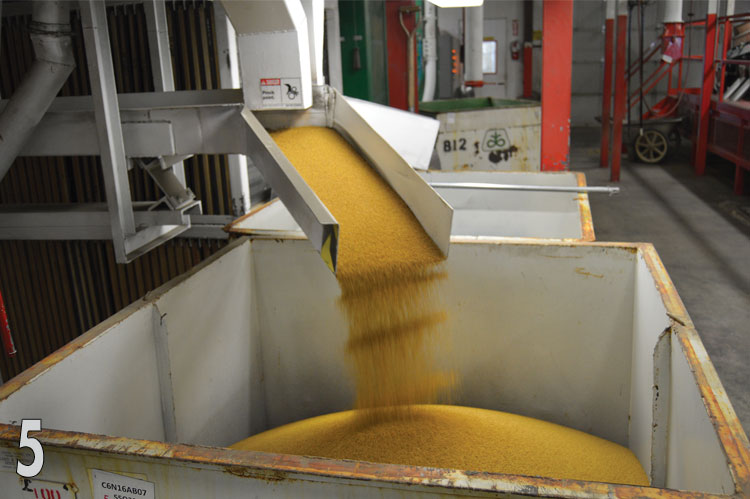 Many field lots are sufficiently cleaned for commercial sale after the inclined rollers. Lab testing of a representative sample will inform the operator whether more cleaning is needed. Each cleaning operation inevitably removes some viable seed along with the material targeted for removal. It’s a judgment call whether to conduct more cleaning operations or to stop when the seed is within tolerance for “other crop” or weed seed and free of noxious weeds. 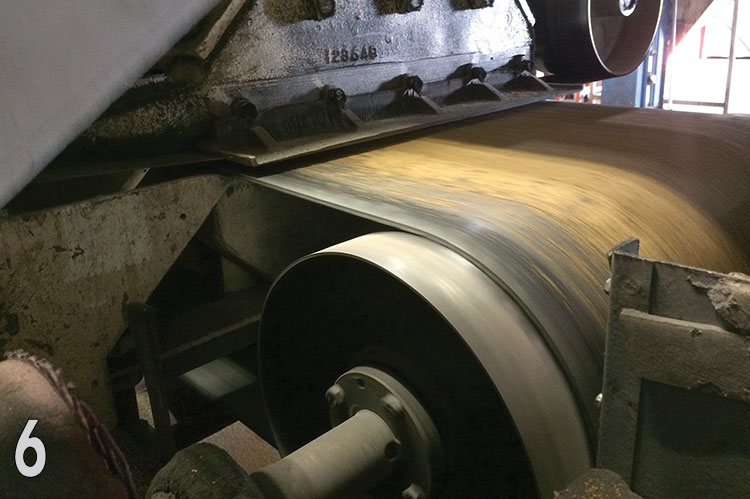 A magnetized roller may be used for rough-coated noxious weed seeds, if any remain. A small amount of iron powder and mineral oil are mixed with seed for this “magging” operation. The mixture doesn’t adhere to alfalfa with its smooth seed coat but adheres to rough-coated seeds. Seed goes onto the roller/belt in a single layer; any weed seeds holding iron powder continue around the bottom of the magnetized roller, dropping off the belt at a different point than alfalfa seed, to enable its removal. 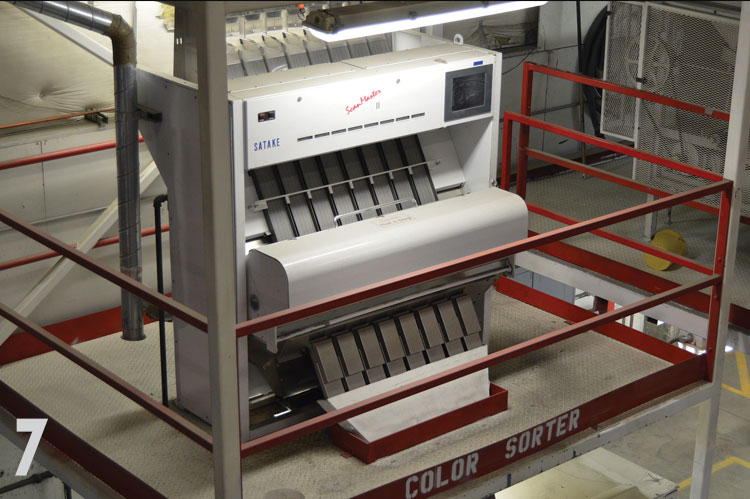 Color sorters are relatively recent technology. Seed is dropped through channels in a singulated stream. Light-colored seed can be separated from dark-colored seed or vice versa, depending on sensor settings. Any seed that sets off a light sensor triggers a puff of air to blow that individual seed out of the seed streaming by the sensor. These machines are typically used for a small proportion of seed lots because they are slow, but newer ones are getting faster with more light-sensor channels and higher flow rates.

Pricing “hay on the hoof” Next