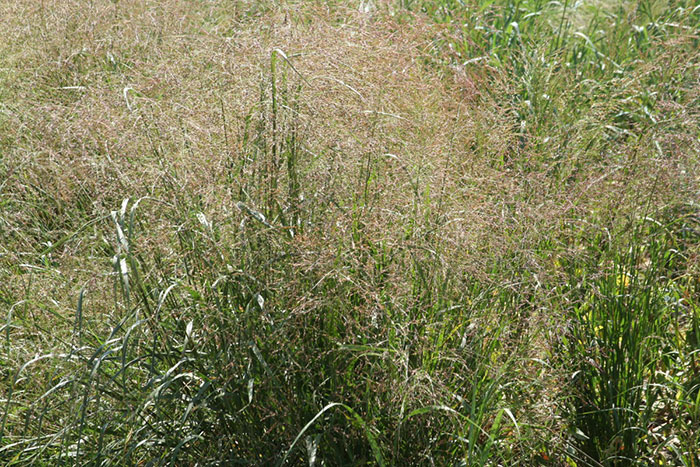 It can be a challenge to establish native grasses in cultivated pastures, but they offer several benefits, including alternative summer forage, buffer strips to protect streams, and improved wildlife habitat.

Dirk Philipp, forage researcher for the University of Arkansas System Division of Agriculture, says now is the time to prepare land for planting native grasses next year.

In the University of Arkansas extension news release, Philipp notes that the main factor determining the long-term success of establishing native grasses is weed control. In this case, that includes grasses that cattle farmers typically prefer. Tall fescue and bermudagrass are good forages, but when planting native grasses they become your main enemies.

Philipp suggests spraying existing grasses or other plants with glyphosate in the spring a year before the native-grass planting. In the summer, work the ground and spray again. As an alternative to using herbicide in the summer, plant a “smother crop” such as pearl millet or sorghum-sudangrass so the land can be used for grazing.

Spray and work up the ground again in the fall, unless there’s a concern with erosion. In spring of the planting year, spray glyphosate again to kill any residual plant growth.

Begin planting native grasses when soil temperatures reach 60°F. Prepare the seedbed by disking and then cultipacking. Native grasses need to be planted with a drill that can meter fluffy seed.

Immediately after planting, Philipp recommends applying Plateau herbicide to control emerging grass or broadleaf weeds. Switchgrass is sensitive to Plateau, but it works on big bluestem, little bluestem, and indiangrass.

If unable to apply Plateau immediately following planting, Philipp has had success applying the herbicide up to four weeks after. At this time, emerged natives are beyond the most sensitive stage and benefit from an open canopy.

Finally, do not apply fertilizer during the first year because it will only encourage additional weed growth.

Life after alfalfa winterkill Next