Hauling hay for the Dakota drought 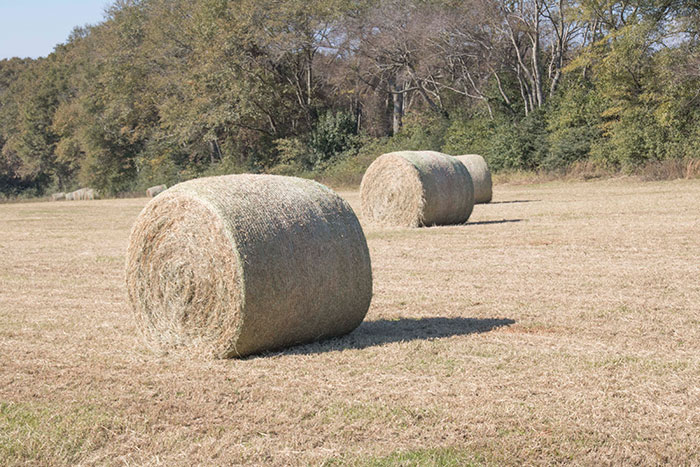 As critical drought conditions plague North Dakota, producers in Michigan are stepping in to lend a hand.

North Dakota Department of Agriculture (NDDA) and the North Dakota State University (NDSU) Agricultural Experiment Station have teamed up to organize relief efforts for struggling livestock producers within the state. A location near the Fargo campus has been designated as a hay donation drop-off site. Later, producers will be able to participate in a hay lottery that will determine who gets the donated hay.

“We have been contacted by a Michigan organization called Ag Community Relief which, along with other groups, is organizing a large-scale hay donation convoy to North Dakota in mid-August for the hay lottery,” Agriculture Commissioner Doug Goehring says. “We are so grateful to our friends in Michigan for everything they are doing for our producers.”

Ag Community Relief is a nonprofit organization based out of western Michigan and Michigan’s Thumb region that brings relief to farmers in need by assembling volunteers and donations. Called the “Red Cross for farmers,” this organization has garnered support for disasters such as the Southern Plains wildfires earlier this spring and other local tragedies.

In order to participate in the lottery, North Dakota producers must own at least 25 animal unit equivalents of dairy cattle, beef cattle, or sheep, and be from a county experiencing D2, D3, or D4 drought based on the Drought Monitor designations.

The first drawing for semi loads of hay will begin in early September. There will be two age categories for drawings, ages 35 and under, and ages 36 and above. Selected producers will be expected to arrange transportation of their hay from the NDSU site. Additional drawings will take place if more donations are made.

“We are thankful to NDSU for providing the space and staffing to make this possible,” Goehring says.

Producers looking to apply for the hay lottery can find applications on NDDA’s website at www.nd.gov/ndda. To find out if an area qualifies, go to www.droughtmonitor.unl.edu. Questions about the application may be directed to 701-328-4764. The application deadline is August 31, 2017.

Donations of hay or trucking services for the hay lottery are being accepted. Organizations or individuals willing to donate can call NDDA’s Drought Hotline at 701-425-8454 for more information about delivery to the drop-off site.

“NDSU is trying to help our state’s ranchers and farmers in many ways, so the North Dakota Agricultural Experiment Station is pleased to help with this hay donation effort,” says Greg Lardy, NDSU Animal Sciences Department head.