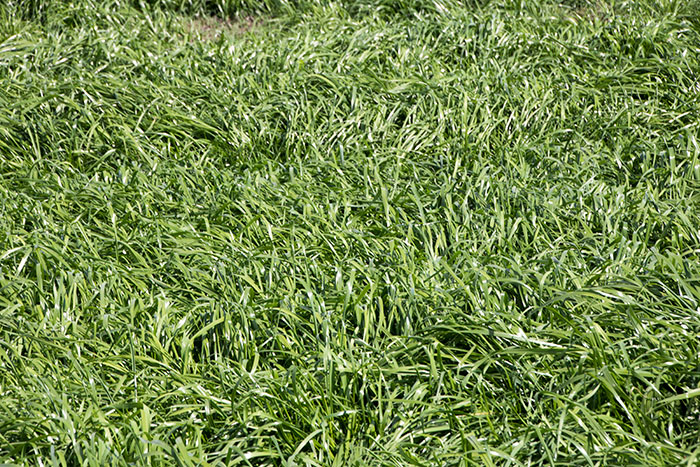 “Annual ryegrasses are grouped in two different types based on their number of chromosomes,” says Rocky Lemus, extension forage specialist with Mississippi State University. “These two types include diploid and tetraploid varieties.”

In a recent issue of his Forage News newsletter, Lemus explains that diploid varieties have two sets of chromosomes in each cell while tetraploids have four sets, doubling the number of diploid cell chromosomes from 14 to 28.

This genetic variance also leads to physiological and performance differences.

“Diploid annual ryegrass varieties have smaller cells with lower water content, the plant structures such as leaves are smaller, and plants tend to produce more tillers than their tetraploid counterparts,” Lemus says. He also notes that a diploid’s higher tiller density can provide for more competition with weeds, sustain productivity under lower fertility and wetter soils, and remain more prostrate (upright), which allows the stand to stay persistent in heavy grazing situations.

Tetraploid annual ryegrasses are extremely palatable and boast a higher content of soluble carbohydrates (sugar and starch) while also being lower in fiber content. “Tetraploids have a higher water content in their cells and this can reduce dry matter intake,” Lemus says. “They are generally later maturing and also are slower to recover after being grazed because they do not tiller as aggressively as diploids.” The forage specialist also notes that tetraploids can be susceptible to overgrazing given their high palatability.

Tetraploid varieties fit well in situations where they are being mixed with clovers or other legumes because they are less competitive than diploids.

“The differences between diploid and tetraploid annual ryegrasses may not be readily obvious early in the season but often become more pronounced as grazing pressure is implemented,” Lemus explains.

There is really no “one size fits all” when it comes to annual ryegrasses. Performance differences exist both within the same annual ryegrass type and between types. Lemus emphasizes that producers choose the ryegrass that best fits their situation and management.

The first step, he suggests, is to check variety performance data generated in university trials. Mississippi State, for example, tests both diploids and tetraploids at several state locations.

Bates: Keys for pasture-seeding success Next