Some weeds have value 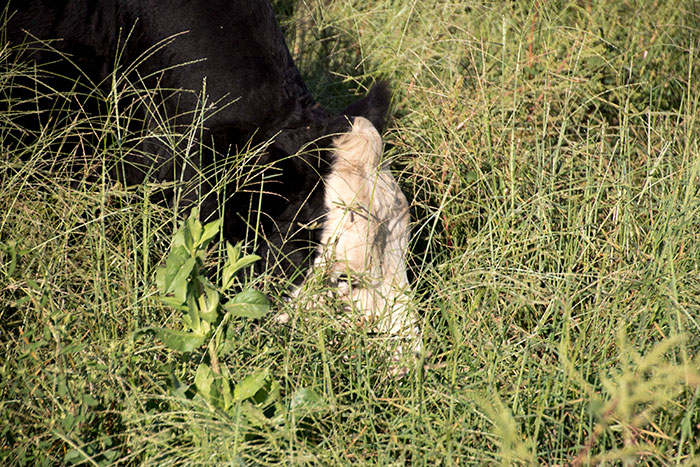 Attaining perfect pastures may be less work than previously believed. Growers sometimes strive for complete control over weeds in order to maintain textbook monoculture pastures. Chris Teutsch, extension forage specialist with the University of Kentucky, explains that pastures are often complex mixtures that include many forms of weeds and that producers may benefit by embracing them.

“Many people consider a plant to be a weed if it is growing where it was not planted; for pastures, I like to define a weed as a plant that you cannot get a cow to eat,” says Teutsch, in a recent Kentucky Forage News newsletter.

Teutsch explains that when grazed at the correct growth stage, some weeds can be relatively high in nutritive value (see table). Pigweed, for instance, has a crude protein concentration of more than 20 percent and is 73 percent digestible when grazed in the vegetative growth stage.

“When I worked at Virginia Tech, I used to say that if it wasn’t for crabgrass and wiregrass (bermudagrass), we would have a lot of hungry cows in Southside Virginia,” says Teutsch, adding that crabgrass is another great example of a beneficial weed.

Crabgrass, a summer annual, often appears in cool-season pastures that have been closely grazed in the summer months. Teutsch notes that due to its prolific reseeding, crabgrass acts more like a perennial and is both highly digestible and palatable. He then cites recent research from Georgia showing that when crabgrass is added to pearl millet, average daily gain is boosted by roughly one-third of a pound per day.

However, Teutsch advises not to put away the sprayer just yet. Some weeds such as perilla mint, jimsonweed, and poison hemlock are not only unpalatable but also toxic. While animals typically avoid toxic plants, they may look to toxic plants if alternative forages are scarce. While herbicides are necessary if toxic weeds overtake pastures, Teutsch warns that their application may also kill or injure desirable forbs and clover.

“Next time you are out in your pasture take a few minutes and watch what your cows are grazing. They will let you know what they consider is a weed and what is a forage,” Teutsch concludes.

Kilcer on fall harvest concerns Next