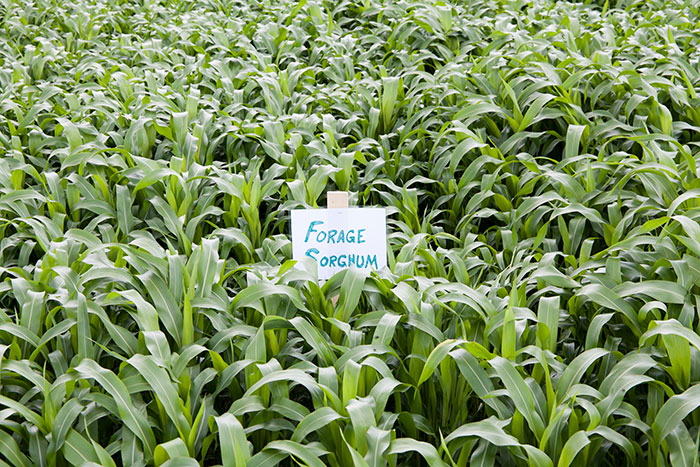 As fall ushers in cooler weather, producers often see revitalized pastures shortly before productivity drops off for the winter. While this is great for tall fescue and orchardgrass, it can also prove dangerous for sorghums that have experienced a hard frost. Sorghums are notorious for their release of cyanide when hit with frost, causing prussic acid poisoning in livestock.

“Leaves of these plants contain chemicals called glycosides naturally occurring in the cells; when the plants are stressed, these chemicals break down to release cyanide,” says Gary Bates, forage specialist and director of the University of Tennessee’s Beef and Forage Center. “Usually the stress we think of is frost, but it can also occur if the plants are drought stressed,” he adds.

While the potential for cyanide poisoning may be alarming, this acid breaks down naturally in 10 to 14 days, so waiting two weeks to feed these sorghums can avoid any problems. Bates explains that the danger of poisoning diminishes in sorghum-sudangrass or johnsongrass if the forage has dried enough to make hay.

To further ensure that livestock are protected, Bates suggests that the best safeguard for livestock producers is to simply avoid grazing sorghums when there is potential for frost.

“As we move into fall, it is best to cut these forage species for hay and avoid any risk of prussic acid poisoning through grazing. If you decide to graze, wait to graze all of this forage until it is totally brown and dried,” Bates says.

One example of a more difficult situation is tall fescue fields with patches of johnsongrass. Common across the Southeast, Bates states that this causes an issue because cattle will avoid consuming johnsongrass in the fall because the tall fescue is much more palatable.

“Make sure there is plenty of tall fescue growth for cattle to graze. If the johnsongrass begins to cover more than 25 to 30 percent of the ground, you may want to stockpile this field and graze it after the johnsongrass is totally brown and dead, avoiding any prussic acid danger,” Bates concludes.