Fiber analysis is ever evolving 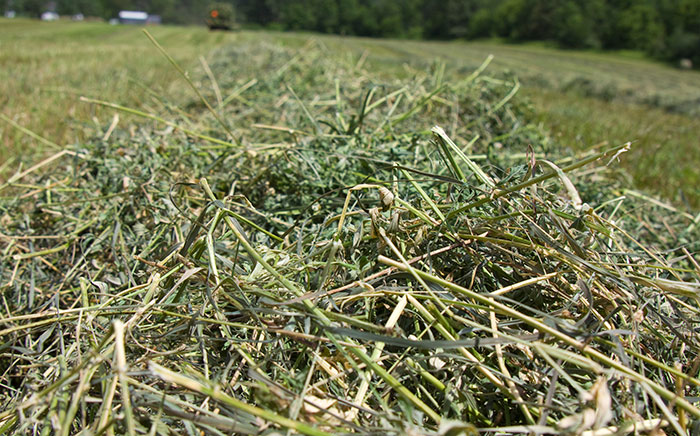 I have known Dave Combs, a dairy nutritionist with the University of Wisconsin, for many years. Whenever I called and struck up a conversation about forage quality, I knew there would be a 50:50 chance of missing my next meal (my wife would tell you that I should talk to him on a more regular basis).

Combs is a man driven by the analysis of forage fiber and, more importantly, in constant search mode of the best way to accurately predict livestock performance from any given forage.

During World Dairy Expo’s Forage Seminar series at Madison, Wis., earlier this month, Combs once again took to the pulpit for a dissertation on forage fiber. As always, his message was educational, practical, and critical. 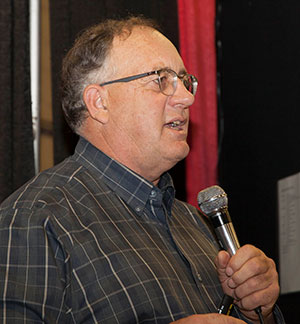 “In terms of new forage technologies, digestibility of fiber seems to often be a primary driver,” Combs said.

“Fiber digestibility is a big deal,” Combs emphatically stated. “It impacts animal intake and has a direct relationship with animal performance in terms of milk or gain. But how do we best measure the value of fiber and its digestibility?” Combs asked, with every intention of giving his answer.

The student of forage fiber must look at both quantity and quality.

“By and away the most important number to look at on a forage analysis is neutral detergent fiber (NDF) percent,” Combs said. “We have to know the total amount of fiber that we’re dealing with.”

Combs explained that there needs to be a certain amount of fiber in the ration to keep the rumen functioning properly and enough grain to optimize energy levels for high milk production.

“It doesn’t matter to a cow whether it gets energy from starch or fiber,” Combs explained. “Both are carbohydrates and they support about the same amount of milk.”

But the quantity of fiber is the easy part.

Even what most nutritionists consider good fiber is only 42 to 43 percent digestible. Combs pointed out that there is nearly a 20 percentage unit swing in fiber digestibility from forage he sees fed in total mixed rations. That magnitude of difference equates to 6 to 7 more (or less) pounds of milk per cow per day. “The variability we see in fiber digestibility is much more important from a production standpoint than that seen in starch, which is usually over 90 percent digestible but can range from about 88 to 96 percent,” Combs said.

The dairy scientist went on to say that it is much more difficult to assess fiber digestibility compared to starch. “That’s why we’re starting to see a wide array of new forage tests that will more clearly define the relationship between animal and forage,” Combs stated. “We’ll never get fiber that is 100 percent digestible, but we’re trying to move this thing significantly above that current 42 percent average number.”

In terms of testing for fiber digestibility, Combs said that there are three things that need to be known. The first is to know how much fiber is in the forage, or the percent NDF. We also need to know how much of the fiber will actually digest. That’s the term we call undigestible fiber, or uNDF.

The final thing we need to know is how fast the fiber will digest. This is also extremely variable. A high-producing cow is going to eat more and push forage through the digestive tract faster than a low-producing dairy cow or beef cow. That’s why it is more important for that high-producing cow to have highly digestible forage that it can quickly extract nutrients from.

Paramount to the Combs’ message was that no single term is good enough in defining fiber digestibility. Even a 30-hour NDF digestibility, which Combs developed in his lab about 20 years ago, comes under fire from the UW nutritionist as falling well short of the mark for predicting animal performance. Today, Combs touts his more recently developed total tract NDF digestibility (TTNDFD) metric as the best we have.

“When marketing hay, I think relative forage quality (RFQ) or milk per ton are two pretty good tools to look at if you’re comparing the same type of forage,” Combs said. “The reason is that they both account for the total amount of fiber and roughly assess fiber digestibility,” he added, though he admitted neither has a place in ration balancing.

In summarizing his message, Combs said that what makes good forage is low fiber and high digestibility. Just don’t try to measure the latter with a single term if you want the complete picture.

Weighing in on bale weights Next