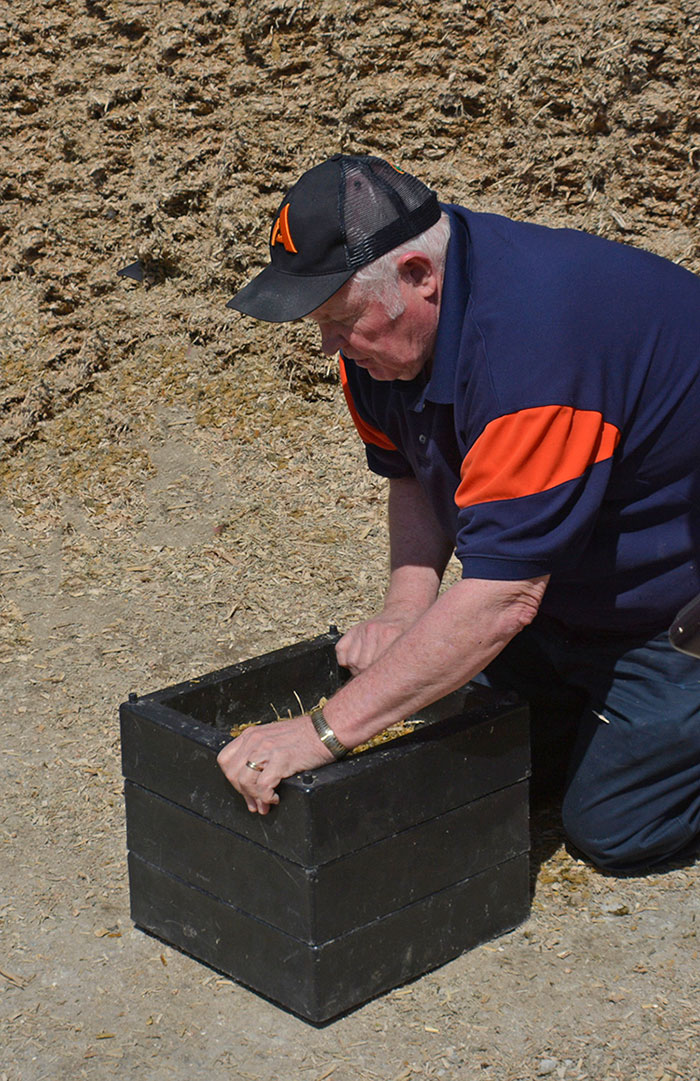 When it comes to evaluating forage particle size distribution in mixed rations, few tools are as effective and widely used as the Penn State Particle Separator (PSPS). This tool is used on many operations to assess fiber utilization and the potential for feedbunk sorting.

While Penn State’s website provides recommendations of distribution percentages, Wyatt Smith of the Miner Agricultural Research Institute turns to the importance of using the correct volume when sampling. In a recent Farm Report newsletter, he notes that the recommended volume of a sample is 3 pints, or 1,400 milliliters (mL).

“It’s important that we measure the amount of material going into the PSPS by its volume and not by its mass. The reason is that the dry matter percentage of a feedstuff or TMR sample will greatly influence how much is going into the shaker box,” Smith says. Smith illustrates this point by explaining that 1,400 mL of wheat straw with a dry matter of 87 percent will have a mass of 100 grams, while corn silage of the same sample size will have a dry matter of 32 percent and a mass of 450 grams. This holds true when testing mixed rations as well. Smith looks to trials completed last summer to compare two diets, one with a mass of 485 grams and another having 360 grams. Although both had similar dry matter percentages, their differences were more telling when it came to forage-to-concentrate ratios.

To further this point, Smith created his own experiment by shaking out a dairy mixed ration using volumes of 700, 1,400, and 2,200 mL (see table below).

Ensuring that the correct volume is measured when using the PSPS is vital in the accurate assessment of mixed rations. Smith recommends purchasing a cheap beaker or pitcher to better measure rations. “Data and measurements are only correct when collected correctly,” Smith concludes.

There’s a reason for yellow winter pastures Next