The core of a good hay sample 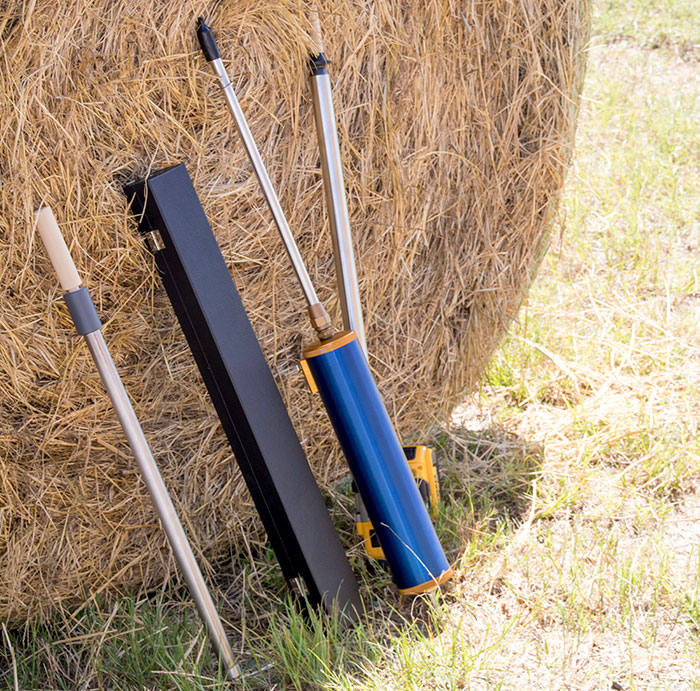 “You have to remember what we’re trying to do here,” said Dan Putnam, University of California-Davis extension forage specialist. “We’re taking this huge heterogeneous mass of forage dry matter and trying to represent it with a thimble-sized sample. That’s a big challenge.”

Sampling hay for a forage test is at first glance a fairly mundane task. The economic ramifications of forage sampling are not so mundane.

There are two primary purposes for hay testing, Putnam noted. These are to formulate livestock rations and determine economic worth.

Sampling protocol is a key step in receiving an accurate forage test. Research has shown that probe-to-probe variation is much greater than the variation found within an individual testing lab and between different testing labs. 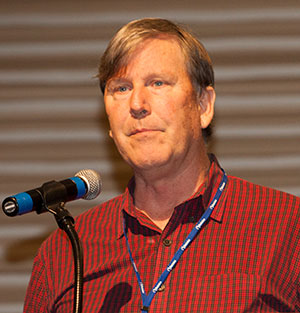 Dan Putnam
“We can’t eliminate sampling variation, we can only control it,” Putnam said. “Sticking to a defined sampling protocol does this.”

To help ensure proper protocols are followed, Putnam encouraged attendees to become a Certified Hay Sampler through the National Forage Testing Association (NFTA). This is accomplished by taking an online multiple-choice exam that can be accessed at www.foragetesting.com. Hay sampling reference materials are also provided on the website. Currently, over 3,200 people have received certified status.

Putnam outlined the key steps and considerations for taking and submitting a representative hay sample, emphasizing the end game of acquiring a sample that fully represents the actual leaf-to-stem ratio of the crop. It must also account for the soil and growing variations across the field. Here are the steps:

An individual hay lot is comprised of a single cutting and a single field, baled within a 48-hour period. The maximum amount of hay in a single lot should be 200 tons or less.

Step 2: Sample close to the point of sale or feeding

Putnam explained that moisture and, to a lesser degree, forage quality can change during storage.

The probe opening should be 3/8 to 3/4 inch and not slanted. “Never take a grab sample,” Putnam emphasized.

“This is a mistake that many samplers make,” Putnam observed. “Our research says that you need at least 20 cores, perhaps more for extremely variable or larger lots. There is an extreme amount of variation in a hay lot and that’s what we have to account for. Taking only a couple of probes can result in huge quality swings,” Putnam explained.

For detection of genetically engineered traits, Putnam’s research indicates that at least 30 cores need to be taken.

Sample systematically and don’t eliminate bales. Putnam noted that sometimes access is limited in a stack, but at least 20 different bales still need to be randomly selected for probing.

Angle the probe 90 degrees from the center of the butt end of the bale, inserting the shaft about 12 to 18 inches deep. “We’re not convinced you need to go deeper than that unless you suspect heating has occurred in the middle of the bales,” Putnam said.

“The sample needs to be large enough to represent the lot, but not so large that the lab can’t or won’t grind the entire sample,” Putnam explained. “You don’t want the lab to subsample your submitted sample. The right size is 250 grams, or about 1/2 pound,” he added.

Seal or double-seal the sample in a ziplock bag. Keep the sample cool and out of the sun, and submit it to the lab as soon as possible.

Ensure the lab you’re working with is certified by the NFTA. The NFTA sends forage-testing labs check samples, already finely ground, to address analytic accuracy. Ralph Ward, incoming president of NFTA, said the organization is planning to expand the number of forage quality metrics being checked and perhaps begin to evaluate lab preparation along with analytics.

Putnam said that many times producers want to check lab quality themselves by sending what is perceived to be the same sample to two or more labs. “It’s nearly impossible to get same samples from unground material,” Putnam noted. “The best way to compare labs is to send in your sample to one lab, then request the ground sample be sent back to you. This can then be sent to a different lab for comparison,” he added.

“Measuring forage quality is an evolutionary process,” Putnam stated. “Forage testing is by nature inherently wrought with variation. We need to understand that what we’re talking about with defined forage sampling techniques is our attempt to minimize that variation,” he concluded.

What do your hay bales weigh? Next