Extended growing seasons, higher yields, increased establishment rates and convenience are just a few of the benefits farmers and ranchers can take advantage of when implementing frost seeding into their hay and pasture systems, says Jerry Hall, director of research for Grassland Oregon. 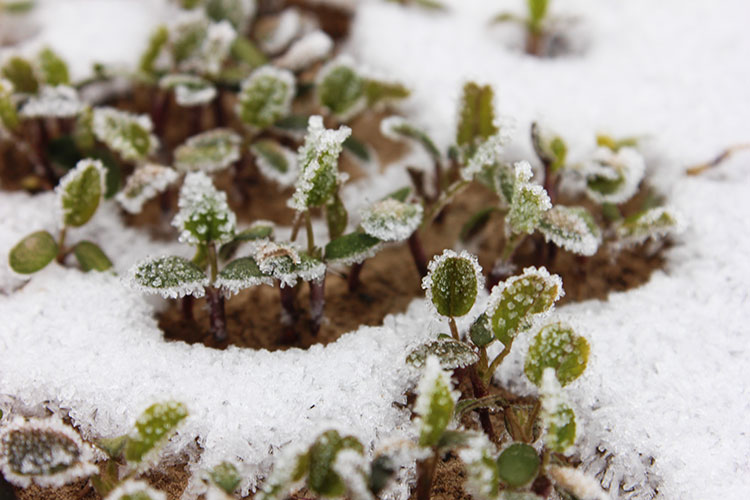 As soil thaws, it allows seed broadcasted onto frozen ground to work into the top .25 inches of its surface for a more competitive establishment in pastures and fields with existing plants. Frosty Berseem Clover is the first berseem clover on the market that allows producers to take advantage of both berseem clover and frost seeding benefits by surviving in temperatures as low as 5 degrees Fahrenheit with no snow cover.

"Frost seeding is the broadcasting of seed onto the frozen surface of the soil. Ideally, it is done at a time when there is either no snow or a minimal amount. The freezing and thawing cycle of the soil surface will allow for the seed to work into the top .25 inches of soil," Hall explains. "Seeds will then germinate and begin growing as soon as weather conditions become favorable - allowing producers to gain a couple of weeks of growth versus waiting for the soil to firm up enough to drill the seed in."

Recently, Grassland Oregon was awarded a patent for Frosty Berseem Clover - making it the first cold tolerant berseem clover suitable for frost seeding in the United States and Canada, surviving in trials with temperatures as low as 5 degrees Fahrenheit and zero snow cover.

According to research in Saudi Arabia, the synergistic relationship between berseem clover and alfalfa significantly improves quality and yield of forage when seeded at a mixture ratio of 80 percent alfalfa to 20 percent berseem clover, making it a desirable species for hay producers. However, prior to Frosty Berseem Clover being available, the most cold tolerant berseem clover on the market could only withstand temperatures as low as 25 degrees Fahrenheit.

"Frosty Berseem Clover is excellent for frost seeding into declining alfalfa fields as it is not affected by alfalfa's allelopathy. It also blends nicely with alfalfa due to its similar quality and appearance," explains Hall. "One thing to note is that when utilizing Frosty Berseem Clover, it is imperative that the cutting height be raised so that it is above the lowest leaf on the plant, typically 2-3 inches in height. While alfalfa stores its energy in the root, berseem clover stores its energy in the base of the plant. Cutting too low can impact the ability of berseem clover to recover and regrow."

In hay production trials by Pennsylvania State University, Frosty Berseem Clover, which can fix 150 pounds of nitrogen per acre, produced more than 4 tons of dry matter per acre in a two-cut system. In a separate trial by Mississippi State University, the cold tolerant clover was found to have a crude protein content of 20.5 percent and be non-bloating for livestock. 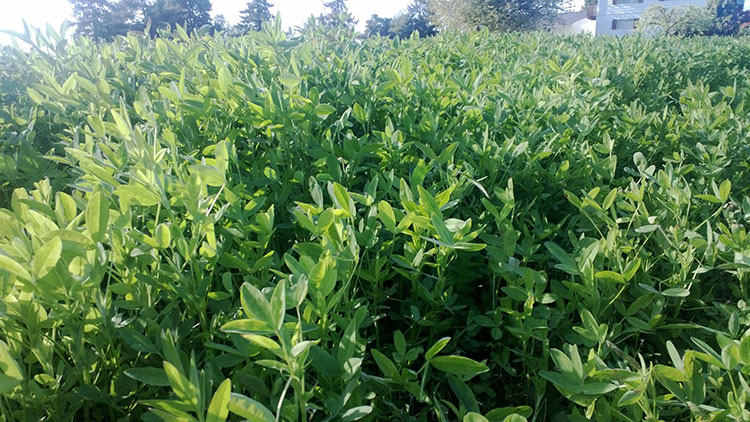 "While Frosty Berseem Clover has proven to be a diverse variety for producers, frost seeding it can be very beneficial when it comes to improving a field or pasture with existing plants," explains Hall. "The new seed can start growing at the same time as the existing plants, putting the new seedling on a more even field when it comes to acquiring nutrients and water in the soil - making all the difference in the world in successful establishment."