What I heard from the herd 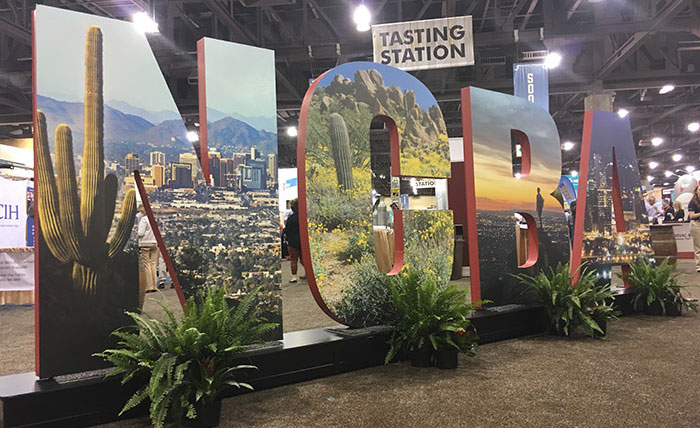 Over 7,000 cattlemen and supporting agribusiness personnel converged on Phoenix, Ariz., last week for the 2018 Cattle Industry Convention and National Cattlemen’s Beef Association (NCBA) Trade Show. Here are a few of the things I heard during the event:

I heard an apology from the hotel desk clerk because it was so hot. Phoenix was having record-high January temperatures in the low 80s. When I had left the Milwaukee airport that morning, the temperature was 10°F. No apology needed.

I heard success stories of how ranchers came together with federal and state agencies to fight wildfires, build sage grouse populations, and make for a more sustainable environment.

Agencies such as the Bureau of Land Management and the U.S. Fish and Wildlife Service have not and are not always on most rancher’s Christmas card list, but that seems to be changing in areas where the entities are sitting down to discuss mutual goals over good coffee rather than shotguns. The results have been dramatic, and there’s even more optimism with the current administration for flexible decision-making.

I heard Joe Leathers, manager of 6666 Ranch, Guthrie, Texas, tell a moving story of drought survival. Even though they had to go to the extreme of selling some cattle and shipping most of the rest out of state in 2011 and 2012, they kept their 75 employees on the payroll in an effort to preserve businesses, schools, and livelihoods in the small Texas town. Leathers emphasized that every decision has long-term ramifications, which can’t be overlooked.

I heard some frustration from a hay producer in northern Utah who only averaged a bit over $100 per ton on 2017 production, with his best hay selling for only $135 per ton.

I heard from a western North Dakota farmer who gave full credit to 20 years of no-till cropping for beating the 2017 drought that gripped the Northern Plains. He said water-holding capacity on his fields was far better than his conventional farming neighbors, some of whom had total crop losses.

I heard that it took 38 years for 50 million radios to be sold. It took three hours for the same number of iWatches to go out the door.

I heard one “experienced” rancher say that when he was young, the last thing he wanted to be known as was a grass farmer. He was set on being a “cow puncher.” Through the years, he has learned to make grass production and environmental stewardship his top priorities.

I learned from Arizona rancher Chuck Backus that selecting cattle for feed efficiency can be markedly effective. Backus ranches in the Superstition Mountains, 30 miles from the nearest electric grid, and runs cattle on pastures comprised of minimal grass and rocks. Through generations of adaptation and careful selection, he has built a herd that performs equal or better to any in the nation.

I heard from Jim Taylor, chief marketing officer for Arby’s Restaurant Group Inc., how that company has experienced 25 percent growth in the past five years.

Finally, I heard a lot of optimism and upbeat chatter from the many attendees. Sure, as the latest Drought Monitor map indicates — it’s dry in a lot of places — but this group felt good about the cattle business, its future, and being cattlemen. Most indicated that they had enough forage to get through winter; then hope for spring rains.

Don’t discount the accuracy of NIRS Next