All-hay and alfalfa February hay price averages both continued their 2018 climb, according to last week’s USDA Agricultural Prices report. The all-hay price was up $4 per ton from January to $143; that is $19 per ton higher than February 2017. Hay other than alfalfa held at $124 per ton following a $6 gain last month; it still remains $3 ahead of last year’s pace.

At $155 per ton, the February alfalfa hay price jumped another $3 per ton from the previous month, which followed a $4 per ton bump last month. The alfalfa hay price now sits $28 per ton higher than one year ago. 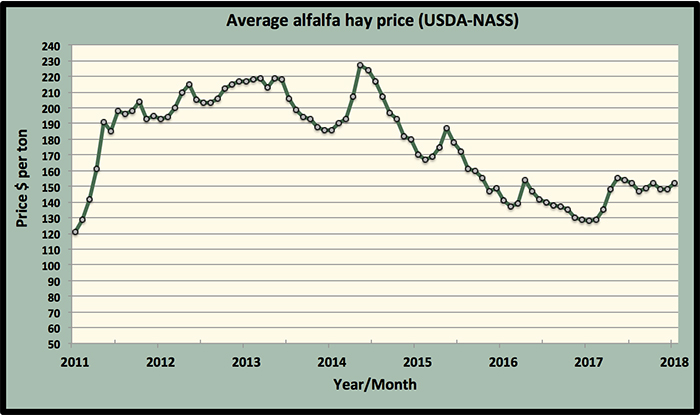 The largest price gainers in February included Arizona, Colorado, and Texas (all at plus $10 per ton); and Wisconsin (plus $8).