Get after grasses before heading 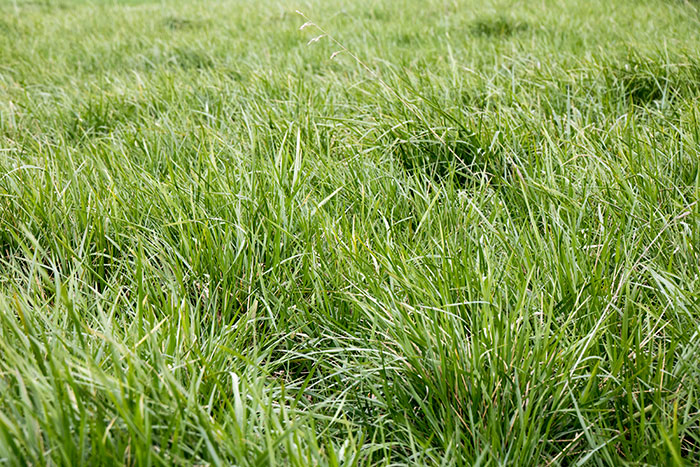 Across the U.S., acres of grass are being harvested for hay with a majority destined to be stored as bales for winter forage. This hay must be able to provide the necessary amount of protein and energy to fulfill the nutrient needs of the cattle that will consume it.

But all hay should not be viewed as equal as it varies in nutrient content due to multiple factors.

While fertilization, weed pressure, and grass variety are what most consider, the most influential factor on nutrient content is stage of maturity at harvest.

When a seedhead appears during the late-boot stage, the plant gradually produces a fibrous stem to extend the seedhead. During this process, the protein and energy level of the forage lessens, while the fiber content rises.

Cutting at the late-boot stage produces high-quality hay. But when the plant reaches the seed stage, protein can gradually drop by 50 percent.

“I would expect that everyone knows that early-cut tall fescue hay is better than late-cut tall fescue,” says Bates. “But even though we know that, we often start blaming lower quality on the fact that it is tall fescue instead of the over-mature harvest.”

When comparing tall fescue to other species such as orchardgrass and timothy, there was virtually no difference in protein and energy levels when cut at the same maturity.

Add legumes. Legumes like white clover and alfalfa have high energy and protein levels. Mixing those species with grass will raise the nutrient content of the hay.

“If you're going to go to the expense and effort to make hay, you might as well produce good quality hay,” says Bates. He also recommends submitting a sample to a lab after the hay is cut to have it analyzed for quality.

Down and dirty with cutting height Previous