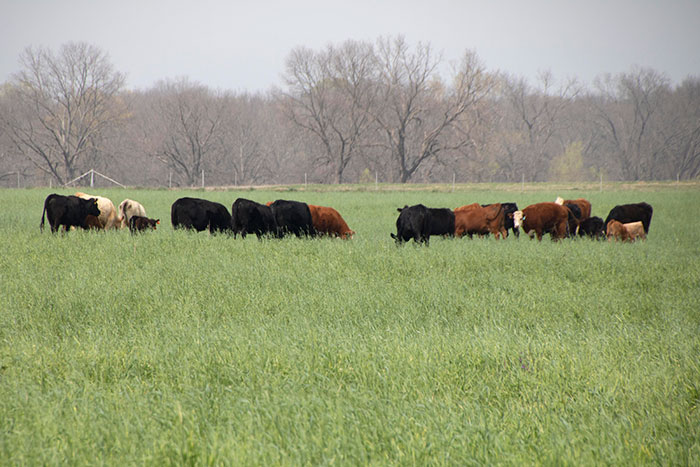 Around this time of year, producers start planting an assortment of annual forages and cover crops for fall forage. It’s a common practice that provides fall and even spring grazing options. Offering a perspective on the practice is Jerry Volesky, range and forage extension specialist at the University of Nebraska-Lincoln (UNL), in the August UNL BeefWatch newsletter. During late summer, nonwinterhardy small grain cereals such as spring varieties of barley or wheat are typically included in the seed mix along with brassicas such as turnips or kale. “Brassicas have a high energy content even when mature and tend to maintain their quality later into the winter than the small grain cereal grasses,” Volesky clarifies. Another alternative for this practice is to plant a combination of winterhardy and nonwinterhardy species. This provides forage both in the fall and the spring from one planting operation. Some common winterhardy species are cereal rye, winter wheat, triticale, and barley. Pairing these species with nonwinterhardy species can lead to several two-way combinations. Multiple two-way combinations were evaluated in recent trials by researchers at UNL (see table below). Each species in the mix was planted at half of the recommended seeding rate. Monocultures were planted at the recommended rate and used for comparison. 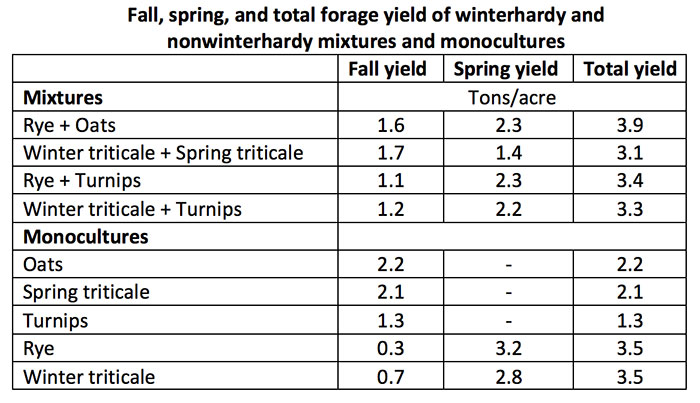 Kassidy Buse was the 2018 Hay & Forage Grower summer editorial intern. She is from Bridgewater, S.D., and recently graduated from Iowa State University with a degree in animal science. Buse will be attending the University of Nebraska-Lincoln to pursue a master’s degree in ruminant nutrition this fall.