Time to make a plan 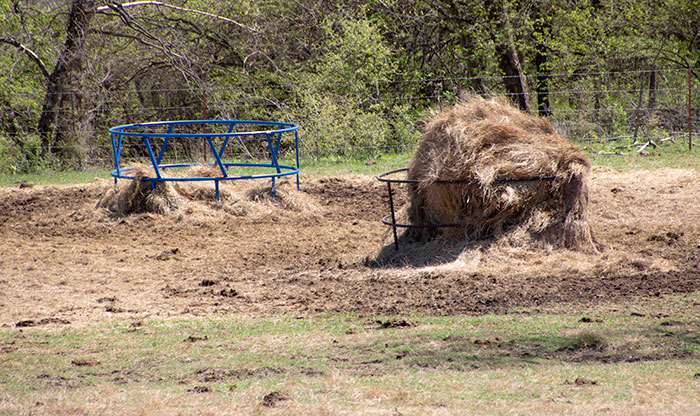 The turn of the calendar to January invokes the formulation of New Year’s resolutions. While many people vow to eat better and exercise more, livestock producers make resolutions of their own in an attempt to better negotiate the remaining 2019 winter-feeding season and upcoming growing season.

In an article published in The Ohio State University’s (OSU) Ohio Beef Cattle Letter, author Chris Penrose, an OSU extension educator in Morgan County, reflects on growing seasons of the past. “At times, I wonder what is worse: a drought like we had in 2012 or 1988, or a wet year like we had this year,” Penrose begins.

“In 2012, hay and pasture were short but the panic set in when I started to run out of water,” Penrose recalls of his own cattle operation. “We had plenty of pasture and water this year, but making hay was a real challenge.”

Penrose then acknowledges that this is where reflecting and planning can meet. He recommends considering what are the needs of your cattle now and what type of hay to feed first. “For me, the first hay I fed was some late-cut hay that got rained on,” Penrose states. “My calves are weaned and there’s still some pasture for grazing. I’ll feed my better hay closer to calving,” he adds.

If you currently have some fields that are still stockpiled and able to be grazed, Penrose says now is a great time to graze them, especially if they are orchardgrass fields. “Orchardgrass doesn’t hold up as well as fescue, which can be grazed throughout the winter and will maintain better quality,” he explains.

For hayfields targeted to graze, Penrose cautions that soil damage from cattle hooves is a concern given the wet soil conditions. Another possible issue as the winter presses on is damage from deer on stockpiled grass.

Penrose says to consider grazing stockpiled grass before wildlife and weather take their toll. While he recommends planting annual grasses such as cereal rye as a winter feed, he does warn that deer have a strong preference for the crop. “I have seen entire fields of cereal rye completely grazed by deer,” Penrose reflects.

Wet soils continue to be a challenge in Penrose’s area. He suggests that if the ground ever does become dry or frozen, it may be possible to take out enough hay to last for a period of time. One option is to put up an electric fence to keep cattle away from the hay until needed and then just move the bale rings to accommodate feed needs for a short amount of time. An alternative strategy is to create a sacrifice area and feed hay in one place, allowing the cows to tear up one spot instead of inflicting damage in many areas.

Penrose also likes the idea of constructing a heavy-use feed pad. “I have seen several cattle producers put them in, and most have had success with this type of winter-feeding system,” he says.

Kassidy Buse
Kassidy Buse was the 2018 Hay & Forage Grower summer editorial intern. She is from Bridgewater, S.D., and graduated from Iowa State University with a degree in animal science. Buse is currently attending the University of Nebraska-Lincoln pursuing a master’s degree in ruminant nutrition.

Round bale binding materials evaluated Next

The most read eHay Weekly items from 2018 Previous