Big-profit practices? And the survey says . . . 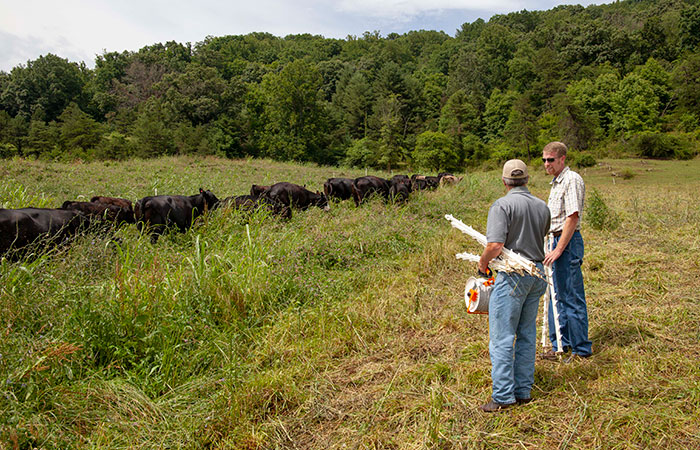 Let’s be honest: Some grazing practices are better than others when it comes to impacting the bottom line. However, there isn’t always universal agreement as to which practices should hold the top spots on a “must do” list.

At last week’s American Forage & Grassland Council’s (AFGC) Annual Conference in St. Louis, Mo., the results from a membership-wide survey were presented that aimed at getting a ranking of profitable (or unprofitable) grazing practices. The survey was designed and analyzed by Dennis Hancock, University of Georgia Extension forage specialist and Scott Flynn, field scientist at Corteva Agriscience.

The survey was initiated to provide decision-making guidance for the larger producer base, offer insights to the public sector for potential new research areas, and to provide government agencies information to aid in future funding decisions.

The survey, which was sent to over 2,600 AFGC members, obtained a favorable 17 percent response rate that included 196 producers, 142 public sector workers, and 51 private sector employees.

It should be noted that AFGC membership is largely east of the Mississippi River, especially in the mid-South and South.

The majority of farm respondents were cattlemen, though producers of all major livestock types participated.

Survey recipients were offered a list of 32 different production practices and were asked to assign a net return score to that practice as follows:

2 = Improvement in net farm income of over 10 percent

-2 = Reduction in net farm income of over 10 percent

The top 10 practices that all combined respondents (producer, public, and private sectors) ranked as having the most positive net return and their average scores were:

For producers with nonfescue dominant pastures (n=51), “using complex mixes of forage species (greater than four)” made it into their top 10 while “rotational stocking” dropped to 11th place. For those with fescue-dominant pastures (n=62), “improved weed control” snuck into their top 10 ranking and “better hay storage methods” descended to 11th place.

Survey participants were also asked to rank forage-related management practices that have been most widely adopted during the past 10 years. Not surprisingly, many of the same top economic practices appeared in this list but in a different order. There were also a few new ones as follows:

4. Increasing use of winter annual forages

10. Conserving forage as baleage instead of hay

Looking forward, survey participants were asked to predict which practices they feel will garner the largest adoption rates in the upcoming 10 years. Their top five selections were:

2. Rotational grazing (in some form)

Producers who graze their livestock have been and will continue to put an emphasis on implementing some form of rotational grazing and, within that system, extend the number of grazing days during the year. This is being accomplished successfully by practices such as stockpiling or planting winter and/or summer annuals.

Once soil fertility reaches the point to meet production goals and a grazing “system” is in place, practices that improved pasture productivity also ranked very high. These included strategies such as establishing improved clovers and weed control.

Fescue, Florence, and a fresh start Next