How to kill an orchardgrass stand 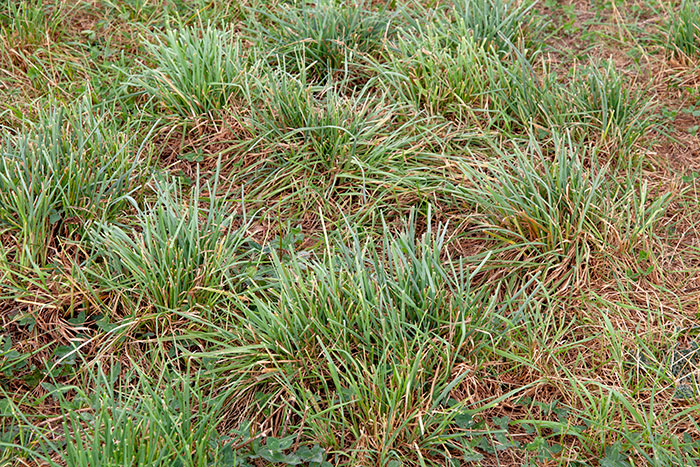 Orchardgrass is one of those forage species that is adapted to a wide range of growing regions in the U.S.

In the West, it’s grown as a monoculture and sold through the domestic retail and export markets, fetching a premium price. Alfalfa growers throughout the U.S. use orchardgrass as a suitable grass compliment in mixed stands that are baled or chopped for silage. Finally, orchardgrass can be found as a component of many pastures in the humid regions.

Unlike most grass species, there are a number of orchardgrass varieties to select from, differing largely in heading date (maturity) and disease resistance. We also know that any single variety may perform differently depending on where it is grown; variety selection will be most effective if decisions are made based on performance data from your local state or region.

Although variety selection will help drive orchardgrass performance, it is becoming apparent that two other factors will have a profound impact on productivity and persistence. These two factors, soil fertility and cutting height, were the basis of a study conducted by researchers at Auburn University and recently reported on at the American Forage and Grassland Council’s Annual Meeting in St. Louis, Mo.

Hallmark orchardgrass was planted in 2013 on a sandy loam soil in northern Alabama. Final stands were assessed in March 2017. Sixteen different fertilizer treatments were imposed that varied in high, medium, and low rates of nitrogen, phosphorus, and potassium.

Fertilizer was applied in the spring, except for nitrogen, which was applied both in the spring and after each cutting until September 1. Additionally, stands were cut at either a 2- or 4-inch height.

The best stand persistence was observed when 120 pounds of nitrogen, 100 pounds of phosphorus (as P2O5), and 100 pounds of potassium (as K2O) were applied per acre per year. Nitrogen and potassium were the most critical elements needed. In fact, the zero potassium treatment exhibited the poorest persistence with only 15 percent orchardgrass ground cover by the end of the study.

Cutting height was also critical to orchardgrass survivability. As was the case with a recent Virginia Tech experiment, the Auburn study showed a clear and decisive advantage to mowing orchardgrass at 4 inches compared to 2 inches. Some of the 2-inch harvested stands were completely killed by the lower cutting height.

So, it is becoming increasingly obvious that the recipe for an unproductive, short-lived orchardgrass stand is a simple one:

1. Select an unproven variety for your region.

Study finds no benefit to foliar feeding Next