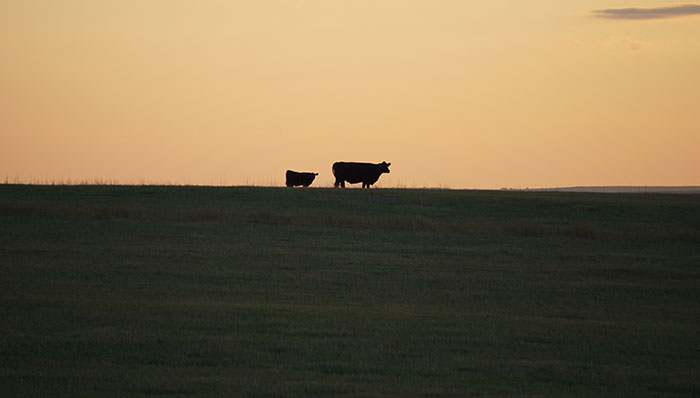 They say rotational grazing has benefits. But does it?

Tong Wang is an extension advanced production specialist with South Dakota State University and recently reported on a survey that was aimed to document whether rotational grazing had indeed provided benefits. The survey was returned by 315 South Dakota ranchers.

Wang admits that most ranchers still employ a continuous grazing system, allowing cattle to graze large areas without any chance for grass recovery. In this system, preferred areas are often under heavy grazing pressure while other areas are lightly used.

“Under rotational grazing, due to the high stocking density on the paddock being grazed, selective grazing behavior is reduced and livestock will graze a higher proportion of the less preferred patches after they rapidly deplete the preferred grasses,” Wang notes.

The ratio of grazing days to hay-feeding days was highest for intensive rotational, followed by simple rotational, and lowest for continuous grazing systems (see Figure 1). 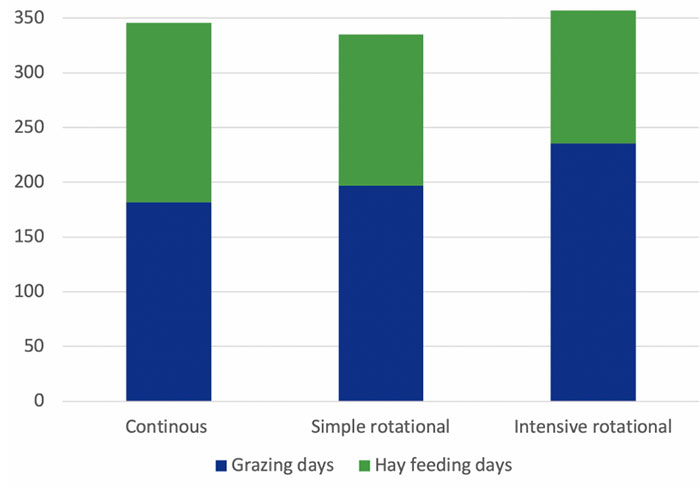 “Among the four benefits listed, faster drought recovery was most highly rated by users, in that nearly 50 percent of the users perceived significant benefit of rotational grazing when it comes to the increased resilience of grassland to drought,” Wang says.

Of the four benefits listed, a much higher proportion of rotational grazing users perceived significant benefits for the practice when compared with nonusers.

When considering the survey takeaways, Wang believes that there are still wide perception differences of rotational grazing between users and nonusers. More research and education are still needed to help further the understanding of rotation grazing’s benefits to both farm profitability and the environment.

An odd winter has impacted pasture growth Next

Ice can be lethal to alfalfa, or maybe not Previous