A June swoon for hay prices

It’s not unusual for hay prices to retreat in late spring and early summer with the onset of a new crop. Such was the case for average June 2019 prices of both alfalfa and other hay types.

The latest USDA Agricultural Prices report pegged alfalfa at $193 per ton, just one month after it had climbed to over $200 per ton for the first time since August 2014. Premium and Supreme alfalfa hay also moved lower in the top U.S. milk-producing states.

The June average alfalfa hay price was $9 per ton lower than last month at $193 per ton. That compares to $181 from one year ago. It’s typical for annual hay prices to peak in either April or May. 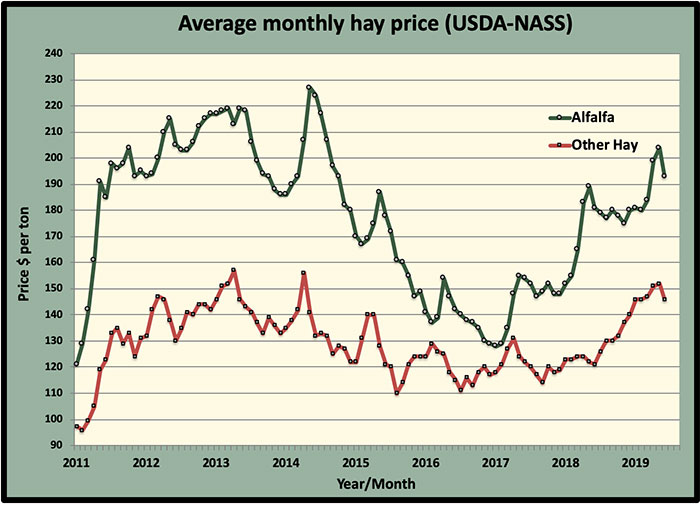 The leading alfalfa hay price gainers in June were the Midwestern states of Ohio (up $20 per ton), North Dakota (up $14), and Minnesota (up $12). Colorado registered a $10 per ton gain.

For June, the average price of Premium and Supreme alfalfa hay dropped $5 from May to $217 per ton. Minnesota, Texas, and Wisconsin experienced price declines. 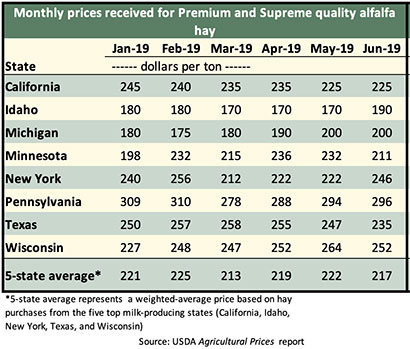 The June price of other hay (mostly grass hay) dropped by $6 to $146 per ton. This value is $25 per ton higher than the previous year and breaks an 11-month run of price hikes. 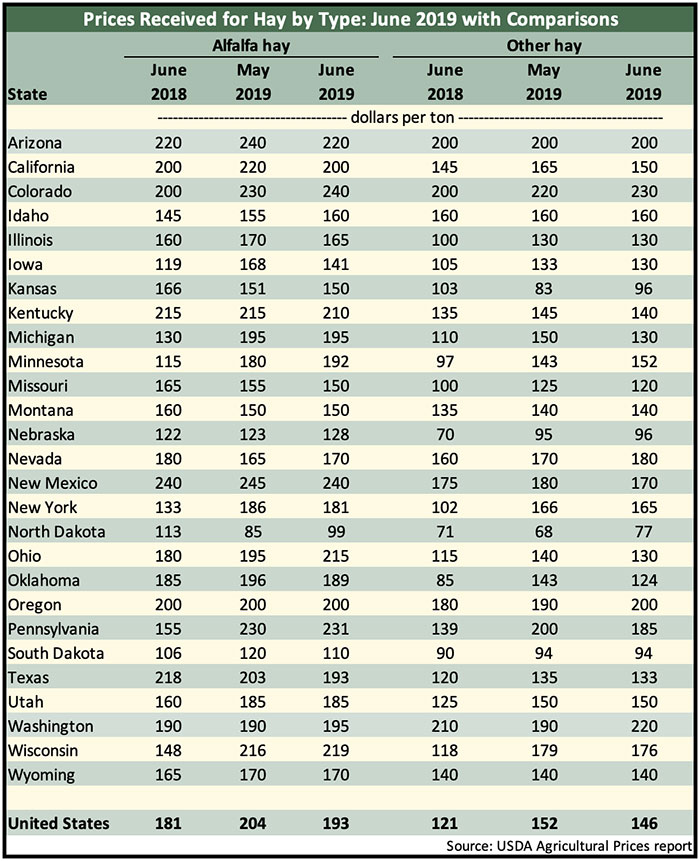 Alfalfa exports to China continue to drop Next