Are hay preservatives safe for horses? 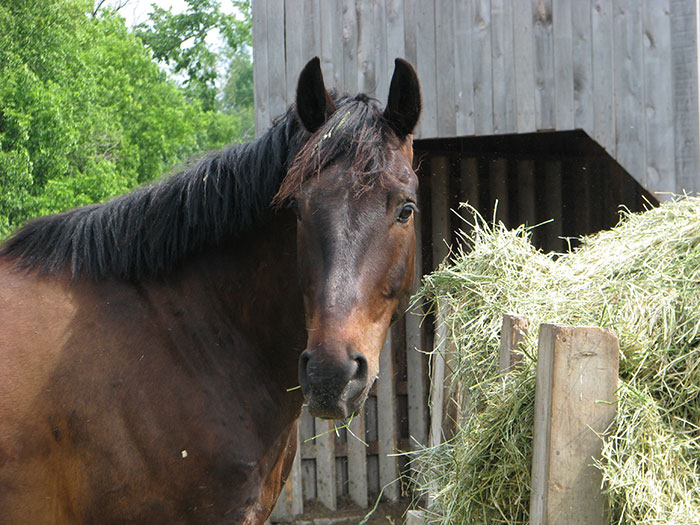 In times of excessive rain or poor drying conditions, producers turn to preservatives to bale hay before it’s fully dry. The use of preservatives allows for hay to be baled wetter than normal. Propionic and acetic acids, the most commonly used preservatives, are applied at baling and reduce the risk of mold formation and hay spoilage while the bale is in storage.

The moisture level at which mold forms in a bale is affected by bale type and mass, but typically hay baled above 15 percent moisture is at risk of mold formation. Preservatives are most effective and most economical when used on hay that is baled between 18 to 25 percent moisture.

Though hay preservatives are common, the safety of feeding treated hay to horses is often questioned. Krishona Martinson, equine specialist with the University of Minnesota (UMN) extension, explains in a recent Horse e-Newsletter article that there is no need for concern.

Research shows, when given the choice, horses prefer untreated hay; however, horses regularly consume the treated hay when not given an alternative.

“Yearlings receiving hay treated with a preservative consumed and gained just as much as yearlings consuming untreated hay,” Martinson reports. She notes there were no clinical measures of well-being that were affected by consumption of preservative-treated hay.

Feeding horses hay that has been treated with preservatives is safe and a common practice for horse owners. During years of poor weather and bad drying conditions, hay preservatives are simply a helpful tool to speed up baling time and prevent mold, which can be detrimental to a horse’s health.