Alfalfa continues to hover around $180 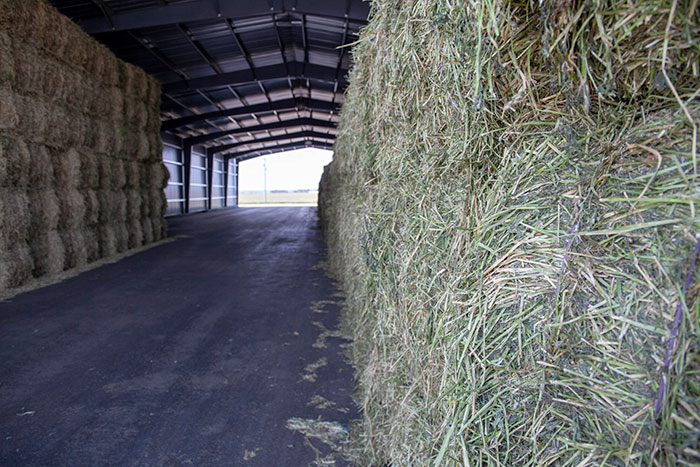 The average U.S. alfalfa hay price during October dropped $2 per ton after going up by that same amount in September.

The latest USDA Agricultural Prices report pegged alfalfa at $179 per ton, which was $3 per ton above one year ago. The average price for alfalfa hay stands at $25 per ton below the 2019 high of $204 during May. 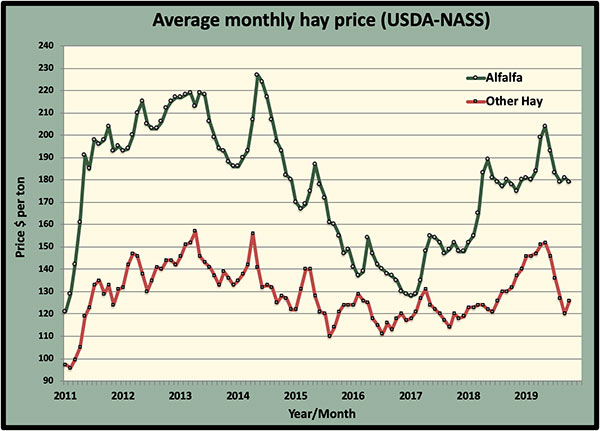 For October, the average price of Premium and Supreme alfalfa hay rose by a modest $1 from September to $205 per ton. 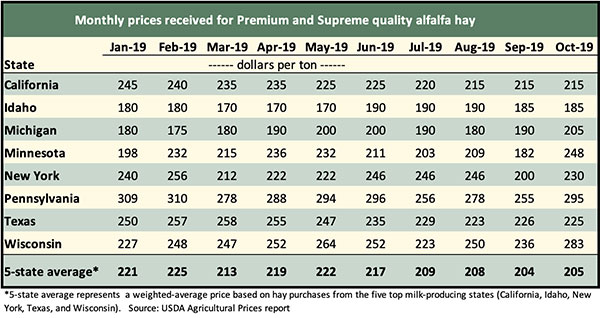 The October average price of other hay (mostly grass hay) climbed to $126 per ton. This value is $6 per ton higher than the previous month but still $11 per ton below one year ago. It broke a string of four consecutive months where the other hay price had dropped compared to the previous month. In May, it had reached its 2019 peak of $152 per ton. 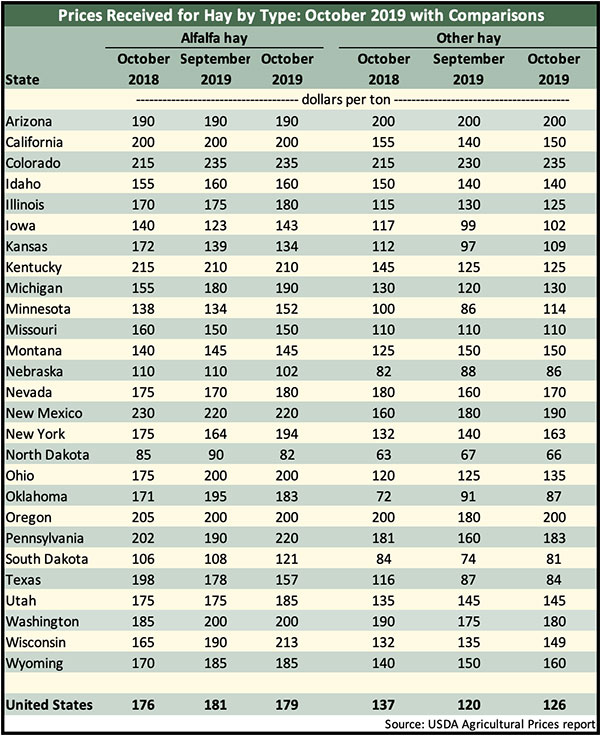 A wild ride for hay markets Next