A wild ride for hay markets 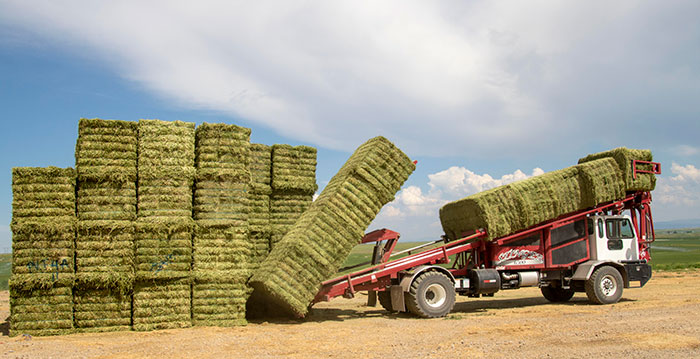 Pressure on hay prices during 2019 came from all angles, according to Josh Callen, coauthor of The Hoyt Report. Callen recently spoke to the over 400 attendees at the Western Alfalfa & Forage Symposium in Reno, Nev.

“This was an interesting year,” Callen said. “There were a lot of competing factors in the hay market, and as a result, hay prices held mostly steady in many areas.”

Milk prices strengthened in 2019, but a lot of that improvement didn’t come until later in the year, Callen explained. As supplies of alfalfa in California have declined because of fewer acres and lower yields, it’s put pressure on alfalfa hay prices to move up. Dairies have responded by feeding less alfalfa. 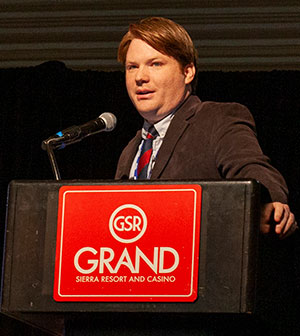 Josh Callen
“Talking to dairies in Idaho and Washington, we’re hearing a lot of 3 to 5 pounds per cow per day (of alfalfa) being fed,” Callen said. “Almond hulls are a big competitor in California, and those are also being shipped to other states. The price of almond hulls is actually down this year; some dairies are feeding no alfalfa to dry cows.”

Callen explained that the unusually wet weather in the West had multiple impacts on the hay market. The large amount of winter and spring precipitation had traditional drought areas suddenly flush with moisture.

“When the storms started rolling in at the end of May, there was a lot of first and second cutting ready to be made,” Callen said. “The timing couldn’t have been worse. Some of the contacts we talked to went 50 days without cutting. Further, a lot of hay that did get cut also got rained on from these storms,” he added.

The hay market analyst explained that the unusually high amount of rain had a big impact on both the quantity and quality of hay supplies. The quality of the early cuttings was drastically reduced. Normally, these would be the highest quality cuttings of the year.

The early, wet weather had the double impact of lowering the amount of high-quality hay available and raising the amount of dry cow/feeder hay in barns and stacks. Recently, the demand for lower quality hay has increased in California, and some of that need is being met with out-of-state purchases.

Yield was also impacted by the weather. “A lot of growers we talked with said they missed a whole cutting,” Callen said. “The latest estimate of yield in California is down almost a full ton per acre from last year. Currently, the projected yield is at its lowest point since 1979.”

In Idaho, there were similar rain issues, but some good hay still got made in the western and southern regions of the state. Callen explained that prices started out $11 above the previous year and held mostly steady through the summer. There were also ample supplies of dry cow/feeder hay, but there was not as much demand for the lower quality hay this year compared to last. With all the rain, pasture production was very good.

For the third year in a row, California will set the record for the lowest alfalfa acres since record keeping began in 1921. The current estimate is 560,000 acres, down 10 percent. Washington state has been following that same trend as well, having the lowest acres (down 9 percent) since the mid-1970s.

In areas where other income-generating options exist, such as vegetables and nuts, that’s where the acres are declining, Callen explained. The combination of fewer acres and lower yields in California this year will translate into the Golden State’s lowest production since the 1930s. Into the future, Callen expects California will have to rely more on neighboring states for their alfalfa needs.

Callen noted that exports have held steady in this year despite the tariffs imposed by China. Countries such as Japan and the United Arab Emirates have imported significantly more U.S. alfalfa in 2019. A positive, albeit temporary, bright spot was the tariff exemption on U.S. alfalfa announced by China at the beginning of September.

Saudi Arabia is in the process of shutting down water use for alfalfa in that country. Callen, however, questioned the enforcement as there is still a lot of domestic hay being produced and fed. Alfalfa exports to Saudi Arabia haven’t picked up as previously expected. “On one 35,000-cow Saudi dairy that I visited, there was enough hay stored on site for two years,” Callen said.

Callen noted that the export grass hay market in 2019 was a really tough one. “Oversupply drove prices down, although export volumes have been good,” he explained.

Looking ahead to 2020, Callen cited the need to hold strong milk prices and for a permanent long-term trade deal with China. Most of his contacts with knowledge of the China situation feel that country will come back in the market once the tariff situation is resolved. This is because the quality of U.S. alfalfa remains unmatched.

Alfalfa continues to hover around $180 Previous