A Hay Business Built on Honesty

Mike Brosnan grew up in the James River Valley in eastern South Dakota, an area he said is “one of the best alfalfa-producing parts of the country.”

And Brosnan makes the most of his resources, producing non-irrigated, fine-stemmed, dairy-quality alfalfa on about 2,500 acres. His remaining 5,500 acres are planted to corn, soybeans, and sometimes winter wheat.

Brosnan Farms includes Brosnan, his wife, Yvonne, daughter, Jackie, and her husband, Derik. Derik oversees the grain crops while Brosnan takes care of the hay. Yvonne, who manages the farm’s bookkeeping, is a registered nurse who works a few days a week at a local clinic and helps operate haying equipment. Jackie is also a registered nurse and works off the farm. The Brosnan’s youngest daughter, Laura, and her husband live in Minneapolis, Minn. Both the girls grew up working alongside their parents in the hayfields. 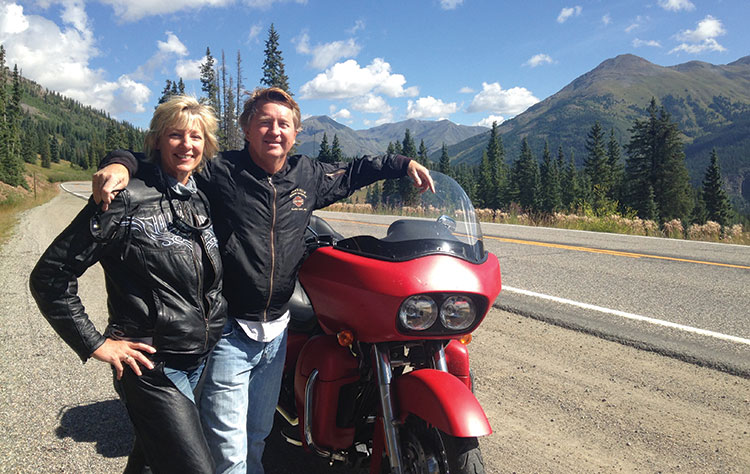 Mike and Yvonne Brosnan have always worked together to achieve their hay production goals. Both their daughters also assisted with hay production as they were growing up.

As a youngster, Brosnan worked with his father, stacking small square alfalfa bales. In 1986, Brosnan was just 28 when his father, Walter, passed away. To settle the family estate, Brosnan’s mother had to sell all but two quarters of their farmland. Brosnan rented the remaining land from his mother and started growing alfalfa himself.

“I also bought and sold hay to farms across the Midwest,” Brosnan said. “As land became available to buy or rent, I added more acres. Starting out with 240 acres and already buying and selling hay, it was a natural progression to start raising it,” he added.

Over the years, Brosnan has expanded the farm into one of the most extensive alfalfa operations in South Dakota. Most of his customers are dairy farmers.

“A few other farmers in this area raise and sell hay as I do,” Brosnan said. “But most sell to hay brokers. We don’t see our hay operation as just selling hay. We’re selling a relationship that’s centered around honesty, consistency, and reliability.”

Honesty is Brosnan’s primary focus, which is probably the reason some customers buy 30 to 40 semi loads of his hay each year. His client base is broad, numbering between 40 to 60 customers each year. “It’s a lot of record-keeping, which Yvonne handles now,” he said. “But knowing we produce the quality these customers need makes it worth it.”

Quality is a priority

One of Brosnan’s selling points for his alfalfa is the fact that he doesn’t have to irrigate, which contributes to the fine-stemmed quality of his bales. Soils on his land range from deep sand to heavy gumbo. A high-water table lying under the soil surface means his alfalfa crops can tap into the abundant water supply to produce bumper yields. South Dakota’s hot, dry summers add to the near-perfect conditions necessary for harvesting the crops.

He obtains soil samples each year and works with an agronomist to assess soil fertility. He also applies herbicides each fall to control grass and broadleaf weeds.

“If I had my choice, I would always plant alfalfa in spring following soybeans or wheat,” Brosnan said. “Both crops leave a great seedbed to plant into, but that’s not always how our rotation works out.”

Since Brosnan’s alfalfa isn’t irrigated, it grows somewhat slower, is less coarse, and contains added feed value. If he used irrigation, he would probably realize some extra yield. Still, by not irrigating, Brosnan eliminates a water bill and is able to produce the forage quality that dairy farmers seek.

“I find new customers who are sometimes skeptical of how I describe my hay quality,” Brosnan said. “They’re concerned that I may be exaggerating the quality. Many have been taken advantage of by someone who’s just concerned about selling one load of hay instead of building a relationship.”

One of Brosnan’s assets are fields that average 160 acres. The size of each field means he can produce large quantities of hay with consistent quality.

Another important aspect of his operation is attention to detail. Brosnan assesses every point of production from the time the seed is selected to the cutting, raking, baling, and storing.

“I want to know the hay from start to finish so I can deliver high-quality alfalfa,” Brosnan said.

To determine relative feed value (RFV) and other quality metrics for each hay lot, Brosnan tests it to ensure that he can back up his guarantee for customer satisfaction. Customers also appreciate Brosnan’s longer term contracts and his practice of honoring contract prices during times when hay costs rise. “I treat people like I’d like to be treated,” Brosnan said.

Among Brosnan’s equipment are three New Holland self-propelled discbine mower-conditioners with 16-foot heads, six Rowse rakes, and five Hesston 3x4x8-foot square balers with accumulators. They also use two Case wheel loaders and five 53-foot semitrailers to load and transport bales. More than 10,000 tons of hay can be stored in 18 open-sided buildings. “I have 110,000 square feet of total storage,” Brosnan said.

On a typical day, Brosnan and his team can bale 200 acres of alfalfa in two hours. Ideally, a good day means putting up more than 400 acres of hay.

During haying and harvest season, the Brosnans employ between eight and 10 additional people. “One of our challenges here is to find seasonal employees,” Brosnan said. “Most of my full-time help comes from South Africa.”

Each winter, while haying equipment is at a standstill, Brosnan brings in a skilled baler mechanic he knows from Kearney, Neb. “He can fix anything,” Brosnan said.

Brosnan is always on the lookout for “that perfect bale.” He continually learns about changes in hay production and quality, incorporating appropriate information into his operation.

With the flooding in South Dakota during 2019, Brosnan lost about 900 acres of alfalfa. He expects to replace it with new seeding in 2020. “Weather is always a factor,” Brosnan said. “When we’re able to beat the rain and bale some nice hay, then hear a customer say, ‘I just love this hay,’ it’s a great feeling,” he explained.

“I think the most important thing I learned from my father is to be honest about the product you sell and don’t promise something you can’t back up,” Brosnan said about the key to a successful hay business.

This article appeared in the January 2020 issue of Hay & Forage Grower on pages 18 and 19.

Communication and support lead to business success Next