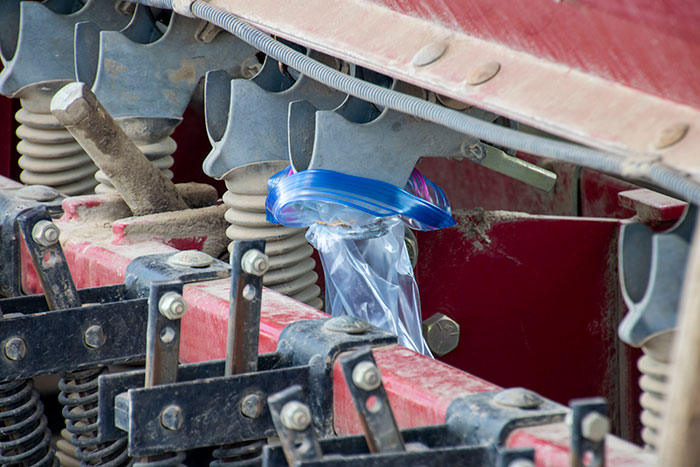 Gary Bates is a self-proclaimed world’s expert on forage establishment failures. “Nobody has made more mistakes than me,” he said with tongue in cheek.

The director of the University of Tennessee’s Beef and Forage Center recently brought his expertise to the podium at the American Forage and Grassland Council’s Annual Conference in Greenville, S.C.

“There’s nothing worse than having half of a stand of forage,” Bates noted. “I’d rather have nothing than to get a half of a stand because it puts you in a limbo situation.”

Having learned from his own past mistakes and his experiences troubleshooting failed stands of Tennessee farmers, Bates offered the following tips to help producers avoid the half- or no-stand situation.

Especially if you’re seeding perennials, Bates emphasized the importance of planning ahead. “There are things you may have to get corrected, and some of those may require action a year or more in advance,” Bates said.

Included in that list of things that must be dealt with early in the planning process is perennial weeds and soil pH issues. “It’s a lot easier to kill perennial weeds when you don’t have to worry about saving the grasses or legumes,” Bates noted. “In the case of lime applications to raise soil pH, that’s not going to happen overnight; it can take a year to 18 months to achieve the desired effect.”

Plant into a good seedbed

“Most of the plantings I have done in recent years have been with a no-till drill, and it has made me lazy,” Bates said. “A no-till drill can plant into almost anything if it’s set right.”

The specialist noted that a no-till drill still needs to be used to plant into a good, weed-free field. This fact circles back to planning ahead.

Plant the proper amount of seed

“How often does it happen that you’ve planted all of your seed on half of the field?” Bates asked rhetorically. He then shared his experience of being in that situation and ending up buying a half field’s worth of seed for a Tennessee alfalfa producer.

The first and most important step to seeding the right amount of seed is to calibrate the drill. “Don’t trust the chart that’s provided on the drill,” Bates explained. “It may be a good average, but there are huge differences between seed lots and varieties of the same species.”

These days, many companies sell coated seed. This, too, can make a big difference. Bates noted that coated seed is slicker and will often flow out of the drill up to 30% faster than uncoated seed. In one University of Kentucky research trial, a coated alfalfa seed was dropping at a rate of 28 pounds per acre compared to the same uncoated seed variety that planted at 20 pounds per acre with the same drill setting.

Prior to calibrating the drill, Bates recommends making sure the drill is clean; this includes the seed box, tubes, and openers. Take time to ensure the route from seed box to soil is unobstructed.

Bates also suggests refrigerating a cupful of seed in a ziplock bag along with a seed tag from the bag. “Often, when I get called out to troubleshoot a failed forage seeding, the producer wants to blame it on the seed,” Bates stated. “Although that’s rarely the cause, there’s no way to tell for sure unless we have an original seed sample to test.”

Plant at the right depth

“The seed is the energy source for growth until the plant develops enough root and above ground leaf tissue to photosynthesize,” Bates said. “If you plant too deep and the energy supply runs out before emergence, that’s the end of that seed.”

The proper drill setup for attaining the optimum seed depth will depend on soil type and moisture. For this reason, time must be spent checking and adjusting for seeding depth early in the planting event.

Plant at the proper time

Every state has research-proven windows for planting certain forage species. Bates pointed out that planting within these windows doesn’t guarantee success, but they do lower the risk for establishment failure and boost the likelihood for optimum production and utilization.

Can you plant outside these recommended windows?

Yes, but Bates said there is less chance for establishment success and/or forage yield may also suffer.

Ultimately, Mother Nature will determine your success or failure in getting a good forage stand. “You can follow all of these steps and still have a stand failure because of moisture stress,” Bates said. “These points are really about increasing your odds for success. Sometimes, it’s just a matter of luck.”