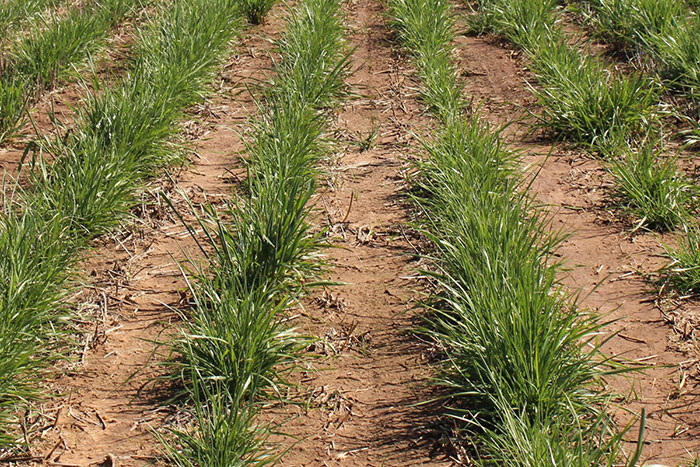 Cool-season annual grasses are used by producers across the Great Plains, but the forage comes with several downsides. Some of the concerns include delayed planting of annual grasses due to unpredictable precipitation in the fall, and production cost. In addition, planting annual grasses requires land to be fallowed for a long period of time, which causes substantial loss of topsoil and nutrients.

To combat these issues, some producers are shifting to permanent perennial cool-season grass systems.

Cool-season perennial grasses have lower production costs and high forage yield potential compared to cool-season annual grasses. Although they don’t need to be re-established each year, there are challenges to initially establishing perennial grasses successfully.

In a recent Noble News and Views article, Mike Trammell, senior plant breeder at the Noble Research Institute, and Twain Butler, a professor at Noble, explain the challenges with cool-season perennial grass establishment and the best techniques to combat those challenges.

Studies conducted by the Noble Research Institute evaluated different weed control and seeding methods to understand how they affect establishment of cool-season perennials. One study compared ryegrass pastures that were grazed out in the spring with no herbicides to pastures treated with glyphosate. Perennial grass plantings were done in the fall.

Based on the results of their research trials, Trammell and Butler make these recommendations for producers who will be establishing perennial forage grasses in the fall:

• Control annual weeds in spring prior to planting.

• Apply glyphosate to control emerged weeds. Do this after seeding but before new grasses emerge.

Remember to test soil for proper fertility, and plant when precipitation is expected. Plant the crop late enough to avoid high temperatures and early enough for seedlings to reach the five-leaf stage before the first hard freeze.