The root of the soil organic matter: Part 2 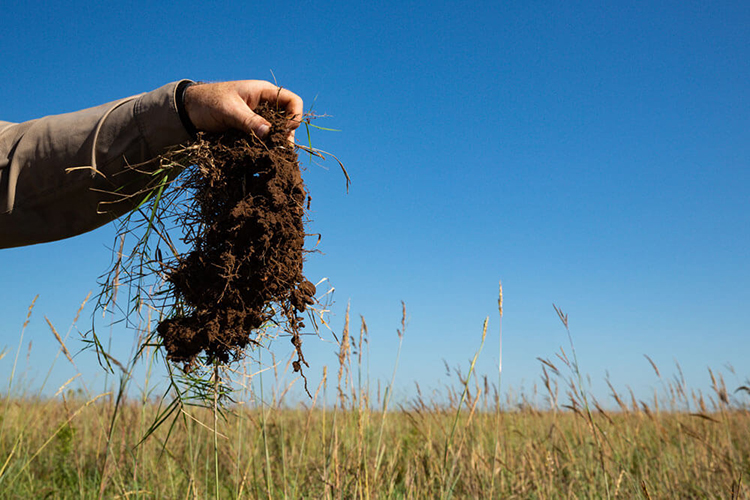 Noble Research Institute
This is the second installment summarizing information from the Noble Research Institute and written by Larry York and Jeff Goodwin. This segment focuses on the functionality of roots and their role in building soil organic matter, which is about 58% carbon.
While plant root systems perform many functions, their primary purposes are plant anchorage and nutrient and water uptake from the soil. Root systems also help to transfer the nutrients they absorb and store energy for the plant to use later.
Two types of root systems
Plants have one of two types of root systems: fibrous root or taproot. A taproot system consists of one main root that is thick and dives deep into the soil. This system will also have a few branch-like roots as well. Taproots can be natural combatants of soil compaction.
Fibrous root systems consist of a network of hair-like roots that are densely packed beneath the plant. These roots can grow quite deep as well, but they are especially good at stabilizing the soil beneath and around the plant. For example, fibrous roots can help prevent erosion of soils that are subject to high winds or water runoff.
Roots form symbiotic relationships with many types of microbes in the soil. The scientists note that a key association is with mycorrhizal fungi. York and Goodwin explain, “Mycorrhizal fungi attach themselves to the plant roots, and in return, for energy from the plant, it provides a mechanism for water uptake and is even known to aid in solubilizing phosphorus.”
Plants provide an energy source for a multitude of biological soil organisms. Their roots produce and exude compounds that feed soil microbes, providing nutrients like nitrogen in plant available forms.
Carbon is always cycling
Carbon not only plays a great role in soil health but also plant growth, especially in perennial plants. By storing carbohydrates in the roots and crown, plants are able to use those energy reserves between the time they come out of dormancy and the time that they have enough leaves to continually produce sufficient amounts of energy. Roots help transfer carbon in liquid, solid, and gaseous forms.
Building soil carbon is complex. Typical soils range from 1% to 5% in soil carbon by weight. Because of carbon cycling by microbes, carbon input via roots and plant litter does not equal the total amount of carbon in the soil. More degraded soils with low carbon levels have higher capacities to build soil carbon content faster as long as the soil can sustain plant communities.
The Noble Research Institute scientists, York and Goodwin, suggest, “Have your soil carbon tested today and challenge yourself to build carbon. In doing so, you will become a more intentional producer and have a realistic, objective metric for the regeneration of your operation.”

Bale grazing tips from north of the border Previous