Santa finds forage was good in 2020 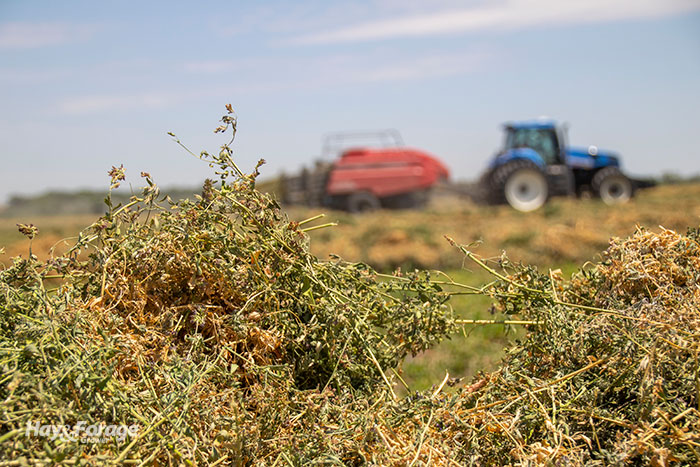 In checking his list, we have it on good authority that Santa gave forage producers and their crops high marks in 2020.

Thinking back about six months ago, we were given the news that May 1 hay inventories had rebounded significantly from the near record low levels that existed on May 1 of 2018 and 2019.

This news conveyed a couple of possible ramifications. First, there was no reason to believe that hay or haylage prices were going to change much unless 2020 brought widespread disaster from a forage production standpoint. Second, barring such a widespread disaster, forage inventories would likely be sufficient going into the winter.

Indeed, hay prices haven’t changed dramatically; in fact, they’ve been remarkably stable for a long time. In looking at the average USDA monthly hay prices in the graph below, the last time the average hay price moved dramatically out of the $170 to $180 per ton range was July 2019 when it was $183. Unlike most years, the normal early spring run up in hay prices was nonexistent in 2020. 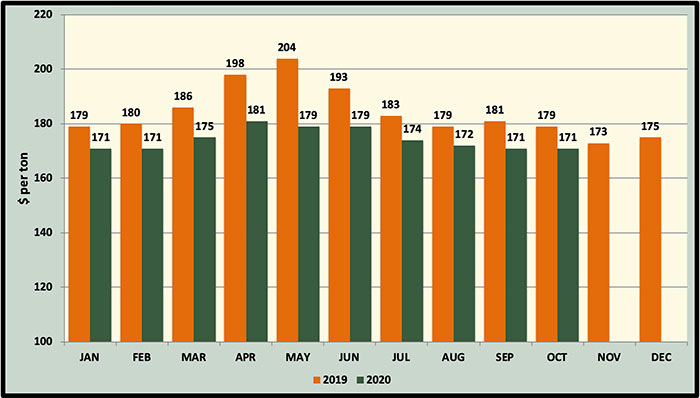 Stocks for the stock

The May 1 hay stocks number also projected a favorable end-of-year inventory picture, and that appears to have come to fruition. Recently, we asked eHay Weekly readers how their forage inventory numbers stacked up against the end of 2019 . . . a very wet year in many parts of the U.S.

The USDA will announce its official December 1 hay stocks estimate in the January Crop Production report, although this won’t account for high-moisture forage feeds in storage.

Not everyone is smiling

Unlike commodity grains, the forage reality is that prices are determined by locality. More specifically, regional weather has a huge influence on both forage inventories and prices. It’s a rare year that the entire U.S. is characterized by a single weather pattern, and 2020 wasn’t one of them.

Although it was a pretty good year for forage production overall, looking at the June through August county precipitation map below, we see a quilt-like pattern of both wet and dry regions. Areas such as western Kentucky were extremely wet while a large part of Pennsylvania and New England were extremely dry. One Vermont dairy producer, who milks over 1,000 cows, noted that his corn silage only averaged 11 tons per acre (as fed). 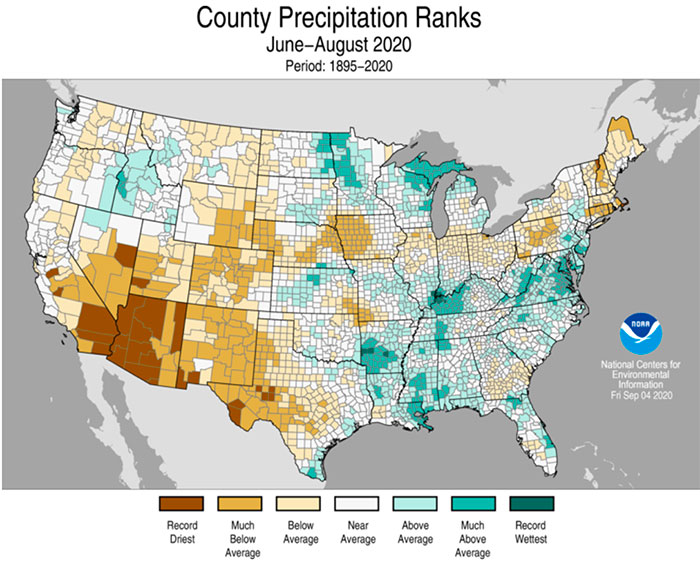 Overall, the 2020 growing season was a much drier year across the U.S. than a year ago. This is evident in the end of July Drought Monitor maps below. Also, in the West, dry conditions helped fuel wildfires, which delayed hay drying times, as the smoke and haze blocked any available sunlight.

Although a drier, nonirrigated environment has a negative impact on yield, it often results in higher forage quality. In a second survey asking producers about how their forage quality stacked up against 2019, 70% indicated that quality was somewhat or much better than last year. Another 18% reported forage quality about the same as 2019.

Seventeen states have tracked both alfalfa hay and haylage production since 2005. The graph below highlights trends of both alfalfa and corn silage acres in these 17 states (California, Idaho, Illinois, Iowa, Kansas, Michigan, Minnesota, Missouri, Nebraska, New York, Ohio, Pennsylvania, South Dakota, Texas, Vermont, Washington, and Wisconsin). Since 2005, alfalfa dry hay acres are down 33% in these haylage-tracking states, alfalfa haylage acres are down 18%, and corn silage acres are up 14%. USDA has forecasted 2020 alfalfa and alfalfa-grass production to be down 6% compared to 2019 with slightly lower yields and acres. Official numbers will be known next month when the Annual Crop Production Summary is released.

How to screw up a forage sample Previous