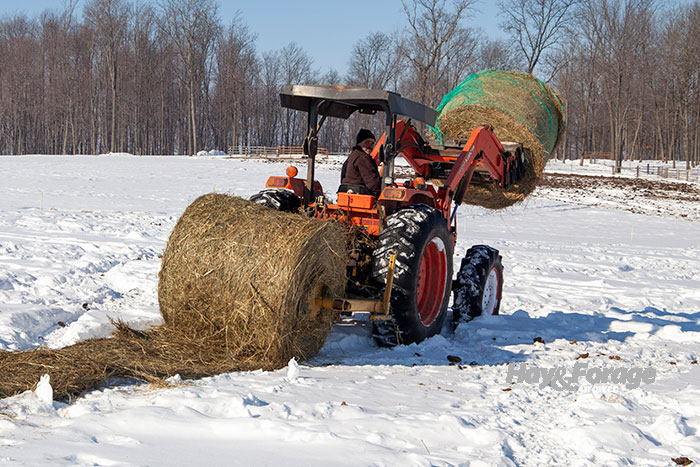 With fertilizer currently priced at about $1 per unit of nitrogen, farmers and extension specialists are turning over every rock to try to find economical means of producing forage without buying a lot of high-priced nitrogen.

John Lory, an extension nutrient management specialist with the University of Missouri, says that one approach to avoid nitrogen fertilizer expense is to purchase hay and forego the yield bump that comes with applied commercial nutrients.

“The economics of this comparison demands that we look at the cost of hay versus fertilizer, whether the grown forage or purchased hay can be used, and the nutrient efficiency of the grown forage versus purchased feed,” Lory says.

University of Missouri research has shown that 50 pounds of nitrogen per acre boosted spring pasture yield by an average of 1,100 pounds per acre. With nitrogen fertilizer prices near $1 per unit of nitrogen, the cost of that feed is about 5 cents per pound.

Unfortunately, grazed forage is not 100% utilized.

“Research shows that cattle eat about 60% of available forage in highly efficient spring grazing systems, but rates typically dip below 50%,” Lory notes. “That means that cows waste about half of the fertilized forage. At 50% use, the actual cost of consumed forage doubles to 10 cents per pound. Many farmers can now buy hay for less than that,” he adds.

“These examples show how purchased feed has the potential to be an economically competitive approach compared to buying fertilizer when prices are high,” Lory says.

“When you bring hay or other supplemental feed onto your farm, you are buying feed and fertilizer at the same time,” Lory explains. “A ton of fescue hay contains nearly 100 pounds of fertilizer nutrients. If spread strategically on your farm, these nutrients provide fertilizer value to offset the cost of the hay.”

Given that beef cows typically excrete most of the nutrients they eat, the greatest hay value is realized when the bales and cattle are moved to pastures that lack soil fertility.

This can be accomplished by unrolling hay bales, moving hay rings, or use some type of bale grazing system to spread fecal nutrients across pastures.

“All of the excreted phosphate, potassium, sulfur, and micronutrients in the hay is available to the pasture as fertilizer, but only about 25% of the nitrogen is available, Lory says. “The rest is lost or tied up in the soil organic matter. So, a ton of hay with 12.5% protein provides about 10 pounds of nitrogen fertilizer, 12 pounds of phosphate, and 35 pounds of potash.”

Nitrogen deposition from fecal deposition and hay waste decomposition will have the same impact on forage yield as commercial fertilizer.