Red clover to the rescue 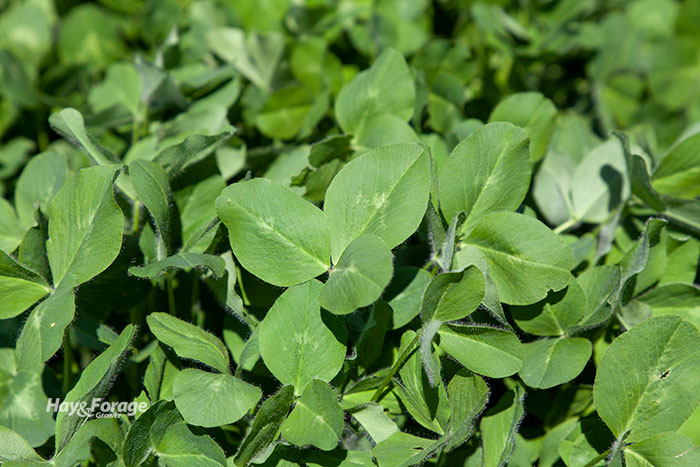 If ever there were an animal in trouble with toxic endophyte-infected tall fescue, red clover would likely have been able to help prevent the issue. This legume can remedy vasoconstriction in cattle, and new research suggests it has other superpower-like properties as well.

Vasoconstriction is a condition caused by toxic endophytes that grow between tall fescue’s cell walls. Affected animals’ blood vessels constrict, and they can have difficulty regulating their body temperature, which leads to heat stress in the summer and cold stress in the winter. Jimmy Henning with University of Kentucky (UK) Extension says red clover can help combat these negative consequences. 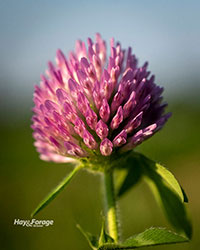 “Red clover has been found to contain a natural compound that actually causes these constricted blood vessels to dilate, restoring blood flow and relieving temperature stress,” the extension forage specialist explains. “These compounds, called isoflavones, are also present in white clover and alfalfa, but at lower levels than red clover.”

Although isoflavones safeguard against vasoconstriction, they are phytoestrogens, which have been suspected to suppress livestock reproduction rates. To test this hypothesis, Brittany Harlow with the USDA-ARS in collaboration with UK researcher Les Anderson, the Kentucky Beef Network, and Burkmann Nutrition are conducting a study to compare the reproductive efficiency in heifers fed mineral containing 20% red clover versus mineral without.

Preliminary results suggest that the red clover mineral has no effect on heifers’ reproduction. Further, the animals receiving this treatment appeared to shed their winter coats faster and experienced less heat stress in the summer as a result. A second year of data collection is planned.

Another compelling property of red clover is its ability to enhance protein intake in ruminants. Henning says some rumen microorganism excessively break down protein and release ammonia. However, red clover can limit how much protein degradation occurs, allowing the nutrient to leave the rumen intact.

Like protein, energy may also be more available in animals’ diets when red clover is included in their feed. Although Henning says alfalfa is the queen of forage species, it might have some competition from red clover when it comes to how quickly its quality declines.

“Both of these legumes are highly digestible, but alfalfa tends to accumulate more lignin associated with plant fiber than red clover as it matures,” Henning states. “Lignin in mature forages reduces the digestibility of the fiber. Lower lignin values in red clover give it an energy advantage.”

Red clover can be introduced to pastures of tall fescue this time of year by frost seeding. Henning says the freeze-thaw cycles that occur in the winter create enough seed-soil contact for red clover to germinate in late spring.

Ask questions if buying hay from a distance Next

Alfalfa is the gift that keeps on giving Previous