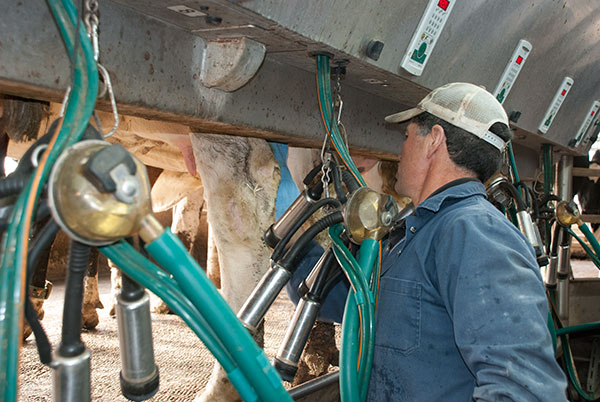 The average farm labor wage earned during the reference week of October 11 to 17, 2015, was $12.82 per hour, according to USDA's Farm Labor report released last week. This was an increase of 6 percent from one year earlier. The farm labor wage data does not include any benefits such as meals and housing.

Employees primarily hired for fieldwork received an average of $12.11 per hour, 5 percent more than a year earlier. Livestock workers earned $12.02, up 6 percent. The field and livestock worker combined wage rate, at $12.09 per hour, was up 5 percent from October 2014. Hired laborers worked an average of 41.7 hours during the October 2015 reference week, which was similar to last year.

Regional differences in farm labor payment rates are shown in the chart below. 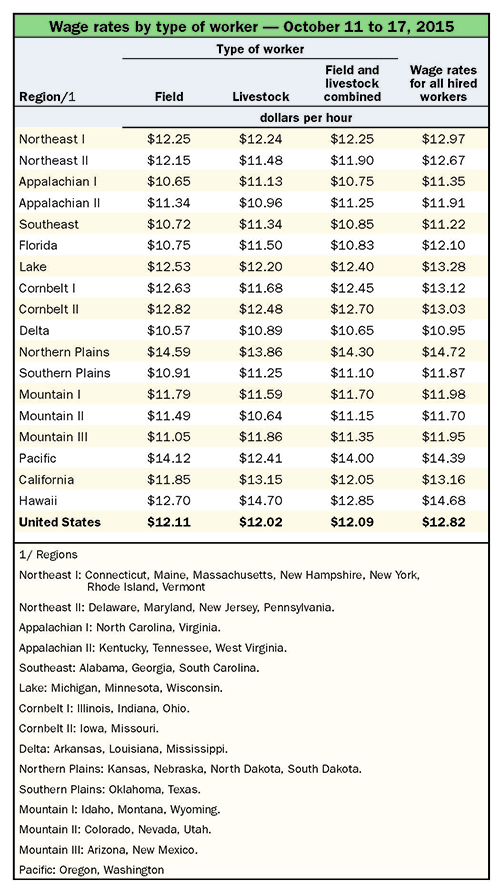