Hay could be in short supply next winter 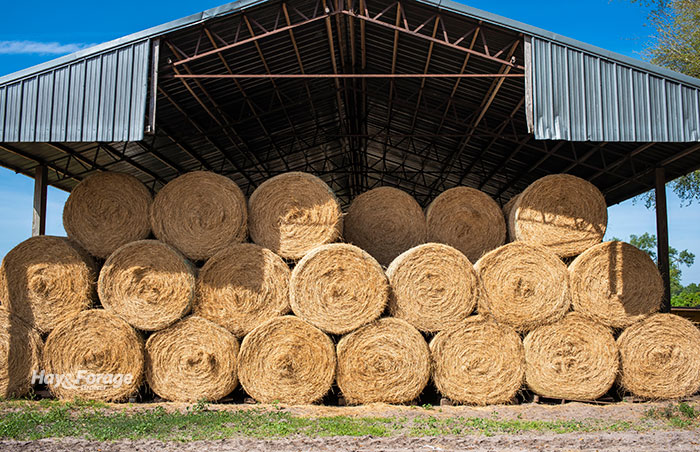 Have you started thinking about next winter’s hay supply?

The question seems ludicrous given that we just recently passed the finish pole of this winter. But is it?

Kenny Burdine doesn’t think so. The extension agricultural economist with the University of Kentucky says it’s never too early to plan for winter hay needs, especially this year. He comes to this conclusion based on experience.

In 2007, a spring freeze in Kentucky damaged the spring forage growth, and summer drought impacted production for the remainder of the growing season. By late fall, it became clear that hay was in much shorter supply than expected. Average-quality grass hay prices more than doubled. Burdine recalls that a lot of cow-calf producers ended up feeding commodity feeds that winter instead of hay.

“At that time, alternative feeds were relatively inexpensive, but that is not going to be the case this year,” Burdine asserts in a recent issue of the Cattle Market Notes Weekly.

Burdine cites several reasons why he thinks it will be prudent to ensure adequate hay stocks going into winter.

Currently, producers in drought-stricken areas have continued to feed hay during a time that is normally reserved for grazing. This will eat into hay reserves that might normally be available later in the year.

Burdine also points out that continuing dry conditions will impact hay production throughout the upcoming growing season. “I think it would be naïve to think that there isn’t potential for lower hay yields and increased demand for hay if the (drought) situation continues,” the economist notes.

Although hay markets are largely regional, Burdine writes that the potential for hay availability concerns are not just confined to areas dealing with drought.

“Hay is expensive to transport, but the wider hay value differences across regions become, the more incentive there is to move hay into greater deficit areas,” he explains. “We have seen this in the past, and this is one of the ways markets allocate resources when they become scarce.”

The potential implications of drastically higher fertilizer prices also need to be taken into consideration. Even where adequate soil moisture is available, Burdine thinks it is likely that producers will apply less fertilizer on their hay acres than what is normally done. If this occurs, lower hay production will occur in otherwise responsive fields and cut into future hay inventories.

Burdine is not necessarily predicting a repeat of 2007, but he does think it is valuable context and underscores the importance of planning for winter hay needs early.

It’s the haymaker’s greatest adversary Next

Be smart when buying and selling hay Previous